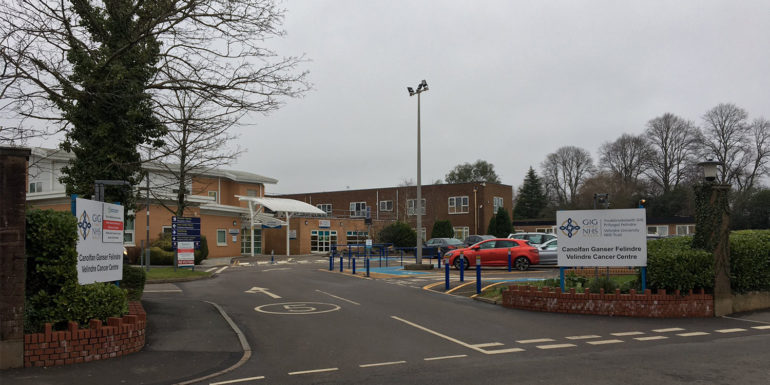 A LETTER signed by 163 medical professionals which calls on the Welsh Government to reconsider plans for where to build a new cancer centre in Cardiff has been released.

The letter, addressed to Health Minister Vaughan Gething, calls on him to “assume direct responsibility for deficiencies in leadership and planning pointed out in the Nuffield Report” on the new Velindre Cancer Centre.

It is due to be built on land close to the existing Velindre site in Whitchurch, known locally as the Northern Meadows, but opponents of the plan claim it would be better sited alongside the Heath Hospital.

The independent Nuffield Trust were commissioned by Velindre to provide advice on the clinical model underpinning the planned changes to cancer services and concluded that the Whitchurch site was a “reasonable way forward” and that locating the centre at the Heath “would not be an option for some considerable time”.

Now a letter to Vaughan Gething has been made public under the Freedom of Information Act which comes from 163 clinicians and calls for a further review of the decision. The signatories to the letter were not revealed.

The FOI request, which was received by the Welsh Government on February 1, asked them to provide a copy of the clinicians’ letter and to confirm the number of signatures attached to it.

On February 5, the Welsh Government responded and made the letter available on its website. It confirmed that the letter, sent to Mr Gething on January 14, carries 163 signatures.

The signatories call themselves “a large group of clinicians who are specialists in the diagnosis, treatment and care of cancer patients in South-East Wales”.

Their letter refers to the Nuffield Trust’s advice to Velindre University NHS Trust about the proposed clinical model at the new cancer centre, which was published on December 1.

The letter says that the Nuffield Trust’s report was “highly professional and well-balanced,” but was limited by “the short timescale for its publication and by its questionable terms of reference”.

It says: “A clear implication from the report is that the best long-term future for Velindre’s acute oncology services, beds for acutely unwell patients and clinical research is on an acute hospital site, alongside other surgical, haematological and paediatric oncology colleagues, as well as vital medical, surgical and intensive care services.

“We are troubled that, in consequence, it seems too ready to accept as inevitable the construction of the ‘stand-alone’ new building proposed by the Transforming Cancer Services programme.

“We strongly doubt this will deliver the best service for patients, and whether it is the best use of public funds.

“Furthermore, we believe a stand-alone model is already out-of-date, is out of step with international standards of excellence and lacks future-proofing.

“We therefore call upon the Welsh Government to assume direct responsibility for addressing deficiencies in leadership and planning pointed out in the Nuffield Report. There must be a formal review, including an updated, full options appraisal and re-assessment of some of the assumptions made by Transforming Cancer Services which are insufficiently challenged in the report.

“We are convinced that there is an opportunity to integrate existing plans for the VCC new-build with those for a reconfigured UHW.”

A spokesperson for Velindre University NHS Trust said: “We continue to work in close partnership with our staff, regional University Health Boards and health care organisations to deliver excellent cancer services for the people of south east Wales, now and in the future, and are responding to the Nuffield Trust report together.”

Save the Northern Meadows, a campaign group initially founded to protect the green space in Whitchurch, reacted to the clinicians’ letter on Twitter, calling it “significant” and “incredible text”.

Tessa Marshall of Save the Northern Meadows said: “We’ve known about significant disquiet within the clinical community for months.

“This letter proves that the plans to build on the meadows don’t only undermine the community and the resilience of the local environment, but also the amazing clinicians who actually provide care to cancer patients too.”

Another group which claims to have 22,500 members, Supporters of the New Velindre Cancer Centre, describes the new cancer centre as an issue for the whole of South-East Wales, not just local residents, and has pointed out that the land is owned by the health board.

The Cardiffian has contacted Supporters of the New Velindre Cancer Centre for comment.

Two petitions regarding the new Velindre Cancer Centre were discussed by the Senedd Petitions Committee on Tuesday.

One of the petitions was submitted by Natasha Hamilton-Ash, who runs the supporters group, and has gained 11,392 signatures.

The other was submitted by Amelia Thomas on behalf of Save the Northern Meadows and has been signed by 5,348 people. Both petitions have been discussed in meetings of the petitions committee on four occasions.

The petitions committee agreed to two proposals: Writing a letter to Velindre University NHS Trust to raise questions (to be determined) about the cancer centre’s proposed clinical model and requesting a plenary debate in the Senedd.

Because of a planned Easter recess before the Senedd dissolves for its election in May, a plenary debate on the topic may not take place.

Graeme Francis, Clerk of the Petitions Committee, said: “There are a limited number of weeks left in this Senedd and the committee has already got two other debates allocated in March.

“I would anticipate, if it wanted to do so, the Business Committee would then consider that request after the half-term. It may be possible to schedule a short debate.”

The Welsh Government has said it is “conducting detailed scrutiny of the outline business cases for the new Velindre Cancer Centre and its enabling works. No decision has yet been taken”.

More on this topic: