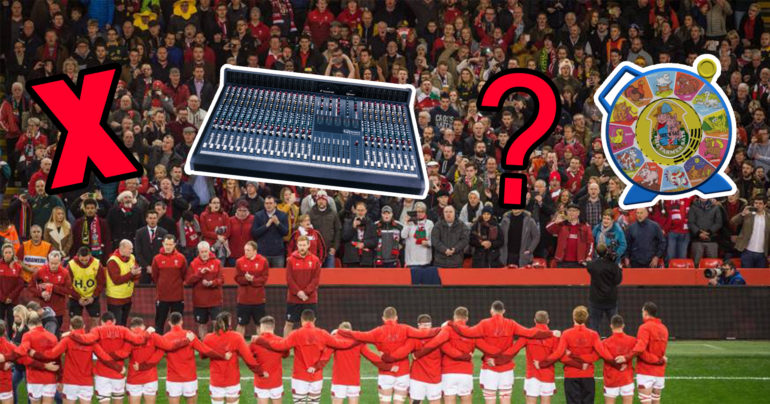 Who controls fake crowd noise for the Six Nations?

How do they make an empty Principality Stadium sound like a sold-out spectacular?

AFTER a five-day armistice, the debate will reignite in households across the UK as people tune in to watch the Six Nations this weekend.

A debate older than lockdown itself, more divisive than England v Wales and more controversial than Nigel Owens’ twitter account: Crowd noise – on or off?

Artificial crowd noise at the Six Nations is produced by taking recordings from corresponding fixtures in previous years and creating a library of sound effects.

“Atmosphere is one of the major attractions of a Six Nations game. The tournament is by its nature very tribal and the crowd is part of the spectacle,” said Matthew Griffiths, senior match producer for BBC Six Nations.

During round one of the Six Nations last year, 20 microphones spread across the Principality Stadium captured the sound of 68,782 (blissfully ignorant) Welsh and Italian fans. An onsite sound technician balanced this noise against the sound of the players and referee before instantaneously transmitting it to viewers at home.

In the absence of fans this year, the job now falls upon this technician to choose what noises to play and when.

“They have a huge mixing desk in front of them with lots of different faders and inputs into it.

“They’ve got to use their judgement to decide when to up the noise,” said Mr Griffiths.

Aside from extensive qualifications in sound design, the technicians used by the BBC are also highly experienced at covering rugby games:

“Our supervising sound designer Andy James has probably been to every game we’ve done in the last 15 years. They’re all very familiar with rugby and how it should sound.”

Andy James said that his sound designers use as many as 60 different audio files to create the “FX output” for matches. These are grouped into background atmos, crowd swells, anticipation, applauses, boos, whistles, cheers, team chants, conversions, tries and misses.

BBC offers viewer the option to watch with or without crowd noise.

“It’s such an objective thing. Sometimes I like crowd noise, sometimes I quite enjoy listening to the guys on the field,” said Mr Griffiths.

“You can sometimes get a purer feel for what’s going on without crowd noise.”

ITV currently do not offer the option to watch without crowd noise. The quality and timing of ITV’s crowd noise also faced criticism during France v Italy last weekend.

It was also confirmed last week that crowd noise would be played aloud in the Principality Stadium for players to hear at certain points in the game.

“Hopefully it gives the boys a lift during periods of attack or at a big scrum,” said stadium operations manager Alex Luff.

While artificial crowd noise is helping sports producers adapt to the absence of fans in stadiums, not every obstacle caused by coronavirus has been possible to overcome.

Eagle-eyed viewer will have noticed the lack of “Spidercam” at Wales v Ireland in the Principality Stadium last weekend. Due to quarantining rules, the only camera pilot available was stuck in Germany and could not travel to Wales.