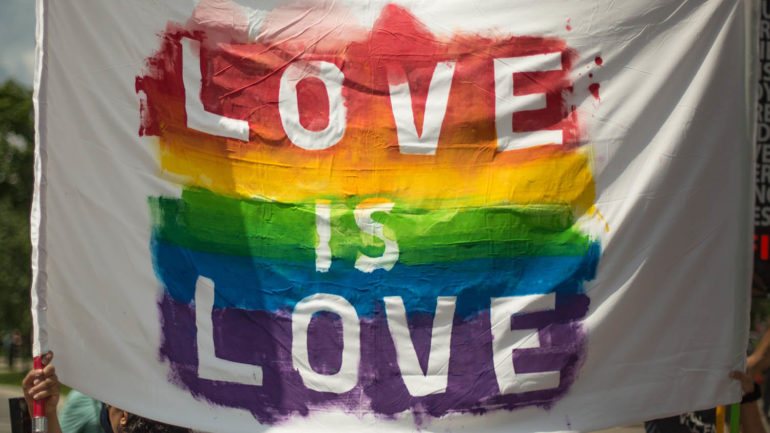 Legal clinic for queer people in Wales launches in Cardiff

A SCHEME offering free legal support and advice to the queer community in Wales launched this afternoon, as LGBTQ history month comes to an end.

The service has been set up by the Speakeasy Law Centre, a Cardiff-based charity that offers free legal advice for people experiencing problems with debt, benefits, housing and unemployment, in partnership with the Justice First Fellowship and Law Works Cymru.

It will place emphasis on supporting Welsh trans people, who it says are particularly vulnerable.

Queer people can refer themselves to the service through the Speakeasy website, and will receive a free consultation before being connected with a specialist lawyer who is themselves LGBTQ.

Hussein Said, 27, a trainee solicitor from Fairwater and the person behind the project, said: “The clinic is needed more than ever right now, especially in regard to the trans community. Destitution, mental health problems and other socio economic conditions weigh heavily on trans people.

“There is very little systemic support available, with the Conservative government abandoning any reform of the Gender Recognition Act, alongside a visible increase in transphobic rhetoric and hate crime.”

Planned reforms to the Gender Recognition Act (2004) would have streamlined the process of obtaining a “gender recognition certificate”, which trans people need in order to have their gender identity recognised in law, by allowing them self-identify as their correct gender. Currently trans people must go through a lengthy and invasive medical process in order to qualify.

After a two-year consultation that ended last summer, the government announced in September that the reforms would not go ahead.

Shash Appan, 24, a trans woman and co-founder of Trans Aid Cymru, said: “I am hopeful that this clinic will provide much-needed support to trans people when we are being harassed and discriminated against by institutions.

“I have met people who have faced discrimination from landlords, police, and employers.”

There were 368 hate crimes based on sexual orientation recorded in South Wales between 2019-2020, and 67 targeting transgender people. Four in five LGBTQ people that have experienced a hate crime or incident don’t report it to the police, according to Stonewall Cymru.

Research published by the charity in 2018 found that a third of trans people in Wales had experienced negative comments or conduct from work colleagues as a result of their gender identity, and 34% of queer people hid or disguised the fact they were LGBT at work in fear of discrimination.

Shash will be speaking at the scheme’s launch this afternoon, which is hosted by Legal News Wales and will take place online at 4.30pm. She hopes that the service will be able to cater to the specific challenges faced by LGBTQ people of colour, as well as those who are disabled or involved in sex work.

“We can finally fight back via legal avenues, something that was previously very inaccessible to us.”

Rudy, 26, is a trans man, and works alongside Shash at Trans Aid Cymru. He said: “I’m really happy to see that there’s going to be a specialist law clinic.

“With my work through Trans Aid Cymru I’ve met many trans people who are struggling with various things like immigration status, rejection by mental health services, inadequate housing.

“It’s been difficult for us to support them so I’m really looking forward to having law specialists that we can contact in these situations.”

Charlie, 32, a non-binary person from Canton, said: “It’s really nice to know that there are people ready to help out who are already up to speed with a lot of the types of things we deal with.

“Sometimes LGBTQ people have to kind of fight just to get to square one with people, because society isn’t necessarily set up to accommodate them, so it’s helpful to know that I can contact someone who I know is already aware and empathetic to certain basic things about myself and the broad issues that I might face.”

– You can register to attend the launch event here.

– The project is looking for volunteer law students and lawyers, particularly those who identify as LGBTQ. For more information, you can get in touch via email: cardifflgbtqclinic@protonmail.com.

Stonewall offers help and advice to LGBTQ people across the UK.