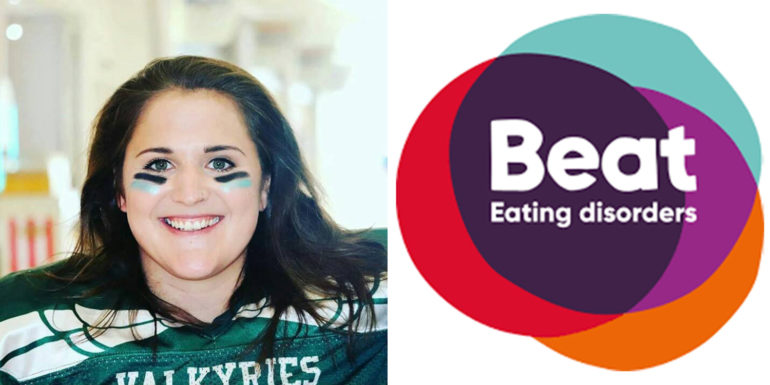 A SURVEY by eating disorder charity Beat has found that almost half of binge-eating disorder sufferers feel their illness is not taken seriously by healthcare professionals.

To improve awareness about binge eating disorder, Beat has made the illness the focus of this year’s Eating Disorder Awareness Week, which starts today.

Beat ambassador, Zoe John, has struggled with several eating disorders since the age of 14, including a period of binge-eating in her early 20s.

“It’s a strange addiction,” she said, “You’re always thinking about what, when, how.”

Zoe did not receive any professional help, and her binge eating disorder emerged in part from her attempt to recover from bulimia on her own.

“I would still binge but not purge, which was really difficult to come to terms with because suddenly you’re gaining a lot of weight.

“You have to be kind to yourself, which – especially if you’re not receiving the necessary help – can be really hard to do,” she said.

As a Beat ambassador, Zoe uses her own experiences to help counter myths and stereotypes surrounding eating disorders.

“I was most at risk when I was deemed to be a healthy weight, or visibly overweight,” she added.

“I was at risk of suicide every day, because you just can’t take the physical and mental feelings.

“People tend to still brush it off because you’re not underweight.”

The misconception that all sufferers of eating disorders are underweight can prevent people from accessing adequate support.

“Those affected will often choose not to seek help for their eating disorder due to fear of being unfairly dismissed or judged, which often exacerbates the illness.

“Not everyone affected by binge eating disorder is overweight, but those that live with being overweight face the additional problem of fat-shaming, or having their weight made the main focus of their care rather than their mental health.”

A Freedom of Information request by Beat found that 29% of Welsh NHS Health Boards do not offer specialised treatment for adults with binge eating disorder and that 50% do not offer treatment to sufferers under 18.

Across the UK, medical students receive less than two hours training on eating disorders as of 2018, something Zoe believes is a key factor in the poor service provision.

After opening up to another GP about an abusive ex-partner and her eating disorder, Zoe was still not signposted to any support services.

Impact of the pandemic on eating disorder services

The already limited support provided for those suffering with eating disorders has been exacerbated by the pandemic.

According to Beat, the reduction in services during the pandemic left some binge eating disorder sufferers feeling like a “burden” and “forgotten” by the NHS.

In addition to diminished services, the pandemic has had widespread consequences for those with eating disorders.

The emphasis on exercise and healthy eating has been a source of anxiety for many and is particularly prevalent on social media.

“There’s this big surge to lose lockdown fat for the opening of life again,” said Zoe, “but you’ve just survived a pandemic, be kind to yourself.”

Additionally, the uncertainty and isolation many people have felt has contributed to an increase in the number of people seeking help.

“The pandemic has led to a general increase in levels of anxiety across all ages, and this could result in increases in disordered eating,” said Kai Thomas, a psychology research student at Cardiff University studying eating disorders in children.

“This is especially concerning for children who find it challenging to cope with anxiety and prolonged levels of uncertainty, and may engage in disordered eating behaviours as a way of coping with this.”

Within the first five months of the national lockdown, Beat found that there had been a 229% increase in the number of people contacting them via social media.

There was also a 72% increase in demand for services and a 96% rise in the number of people attending online support groups.

“We have seen first-hand the devastating impact the pandemic has had on those suffering from or vulnerable to eating disorders and loved ones,” said Tom Quinn, Beat’s director of external affairs.

“More and more people are reaching out to our helpline services, and we are prepared to support anyone in need at this time.”

“Individuals with experience of eating disorders will likely experience a long-term effect on their symptoms and recovery.”

The Road to Recovery

For Zoe, recovery started with opening up about her eating disorder and now, she has found comfort and strength in team sports.

“A massive part was the sports teams for me because I never really had friends that I would go and chill out and do stuff with.

“I think the teams were what stopped me relapsing.”

As an ambassador, Zoe recommends talking to friends and family if you notice they are exhibiting signs of disordered eating or mental illness.

“I would start by asking if everything is okay and to ask it again, ask it twice,” she said.

“I would say I am recovered, but thoughts do come back.

“As long as you have the tools, and you can settle yourself, that’s what I found to be really useful.”

See our second article for Eating Disorder Awareness Week to hear from two of our reporters on what the week means to them: