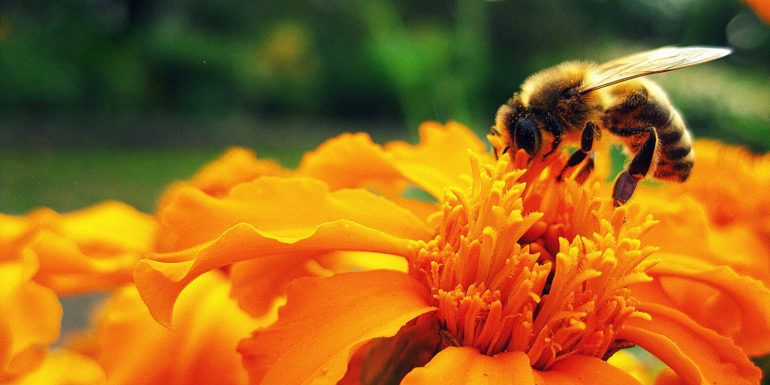 Spray, brought in to replace harmful glyphosates, is not dangerous to bees, despite objections

CARDIFF Council has denied social media claims that bees are under threat from a new weed-killer spray it is trialling.

However, a council spokesperson said the manufacturer Headline Amenity had given assurances the product had been independently tested.

“The current, most up-to-date product information for New Way Weed Spray does not include any warnings about dangers to bees,” said the spokesperson.

“What has been posted on social media about the product is out of date and relates to a time before the product was independently tested to ensure it was safe for pollinators,” they added.

The herbicide alternative has a high concentration of acetic acid to kill weeds on contact and is being trialled in streets across Riverside.

The trial is designed to help the council move away from glyphosates, which have been linked to health and environmental issues globally. Glyphosate is the active ingredient in most weed-killers licensed for use by most local authorities in the UK.

“We’re pleased that they are looking at alternatives. It would be interesting to more about this revised advice,” said Terry Howe of Friends of the Earth Cardiff.

However, he added: “I think some of the councillors are obsessed with Cardiff being big and important, rather than providing a good quality of life. I think the destroyers have got more power than the planters.”

When the trial was announced last Wednesday, March 17, some environmentalists in the city posted to slam the decision, quoting the old guidance.

New Way Weed Spray is one of two alternatives being trialled at the moment.

In Pontprennau and Old St Mellons, Foamstream, a herbicide free, plant-based product is being tested instead. The foam acts as an insultation, covering the plant long enough to kill any weeds.

These trials come after Cardiff Council adopted 18 new one-cut mowing sites across the city, as a part of its One Planet programme.

To encourage wildflower growth and provide habitats for pollinators such as bees and butterflies, areas on the “no mow’ list will not have their grass cut until September. This involves more than 150 areas of grassland, including Taff Embankment Park, Bute Park and Llandaff Fields.

Last year, the council announced plans to introduce bee-friendly bus stops, with wildflowers being planted on the roofs of 10 across the city.