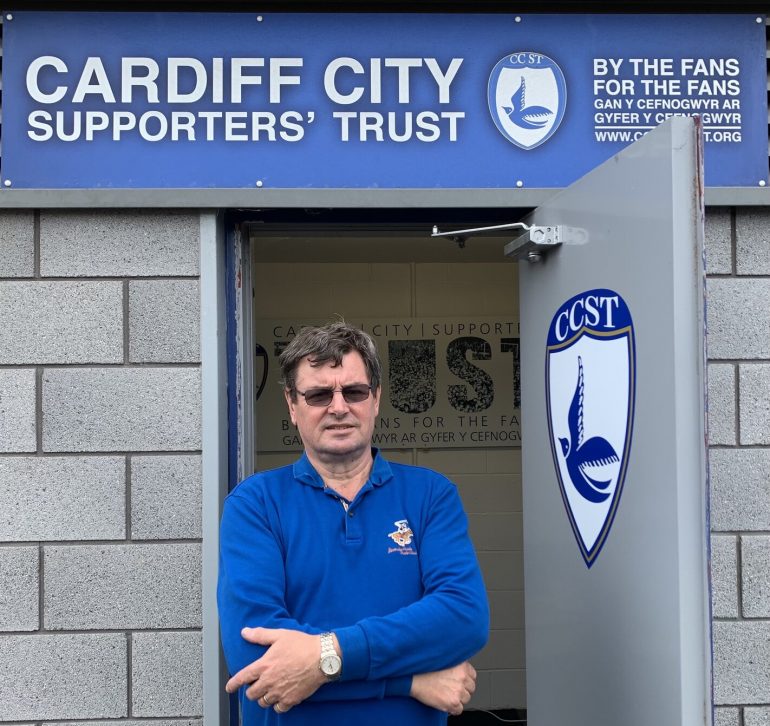 Cardiff City: “A Club without a long-term plan”

Supporters’ Trust chairman Keith Morgan criticises the club’s board for lack of foresight, but sees the appointment of Steve Morison as a positive move

KEITH MORGAN has been supporting Cardiff City since 1962, and while he admits that the club are struggling for form now, he’s seen the Bluebirds play worse football over the years.

“Over the last 20 years, Cardiff have operated at Championship level or higher, so for a lot of fans, and the generation below me, that’s the level that they’ve seen,” said Keith.

“But I’ve seen relegation fights where if we finished at the bottom of the old Fourth Division, what’s now League Two, we could have been kicked out of the League altogether. With that in mind I’m still a bit ‘glass half-full’ about the club if you like.

“There have been worse times for the club, but the expectations now are a lot higher. My view of Cardiff’s natural level in football is that we are a moderate-to-good Championship team. We are not a Premier League team. I know we have had two recent visits there, but we don’t have the infrastructure, solidity and consistency of a Premier League team. But we could be.”

Keith believes that because of the promising catchment area, potential for stadium expansion, and national desire for a top-flight club in the area, Cardiff City, rather than rivals Swansea City, have the potential to be the region’s next club to enter the Premier League again.

In Keith’s view the lack of forward thinking by the club’s board, and particularly club owner and majority shareholder Vincent Tan, has stunted the ambitions of the club and has hurt relationships with the supporters.

“I’ve been in a meeting which is on the public record, and when someone asked the chairman: “what is the strategy for the club?” they said they hadn’t got one,” said Keith.

Since Vincent Tan came on board in 2010, he has become the sole decision-maker at the club.

When asked if that was a healthy owner-fan relationship, Keith’s answer was emphatic.

“No, it can’t be healthy. This isn’t a disrespectful comment it’s a factual one; we have an owner with no real knowledge of football. When he came to the club, the money he put in was brilliant, but when he changed the kit colour because “red is lucky”, he had failed to understand British football fan culture. He didn’t understand and he didn’t care.

“As far as he was concerned, the people who turned up for games were customers, like people you would see going to the cinema. People who didn’t like the club weren’t able to say: “Well I don’t like it, so I’ll go watch Bristol City or Newport or Swansea”. 90% of the fans can’t do that. You can’t just switch an allegiance. And the casual fans who can do that disappear when you drop into the Championship.”

Despite his concerns about the club’s ownership, Keith believes the downturn in the club’s form is only temporary. One of the key factors in this optimism is the appointment of Cardiff’s new manager, Steve Morison.

“I’m very pleased with the appointment. It fits in with what I hope will be a longer-term strategy of investing in youth coupled with a “spine” of more experience. Give him time to embed a new system of play until January, then you’ve got the opportunity to bring in other players or potentially a new manager in the role,” said Keith.

“I don’t want them to go back to a Mick McCarthy or a Neil Warnock. The same old names, who do a short-term job and then get sacked.”