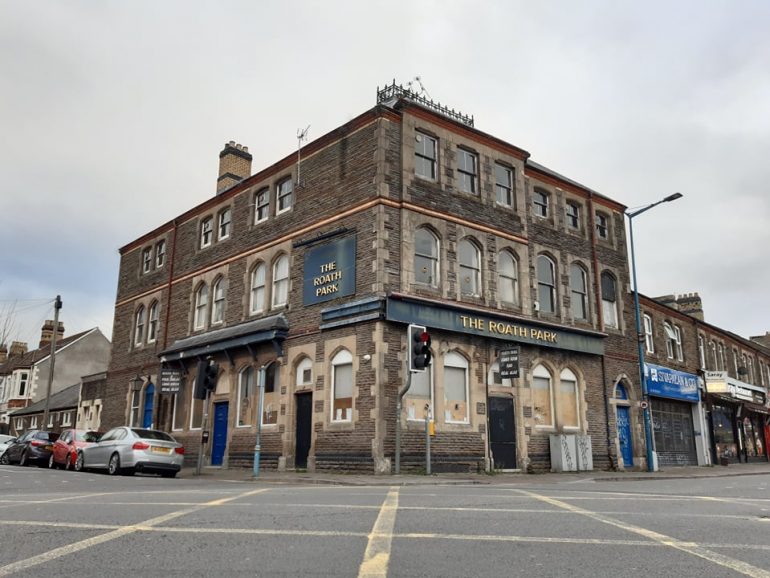 The Roath Park pub could still be saved from demolition

THE ROATH PARK pub could be saved from demolition if someone is found to take it over, the Cardiffian has been told.

Approval has been granted to demolish the Victorian pub but Councillor Peter Wong said, following a meeting last Friday morning, the owner had indicated that he would be open to selling the building to be run as a pub.

He said: “We put it to [the owner] that if we could identify people who were interested in taking it on as a going concern as a pub, would he be ok with that and he said he was. So we were obviously very pleased with that potential outcome.

“For anyone who wants to look at it as a going concern as a pub, negotiation would be between those two parties. But at least we have an opportunity here to restore the Roath Park to its rightful place as a pub in the heart of the Roath community.”

Gwilym Powys Jones, the owner’s planning consultant, said he had an open mind. He said: “We had a very interesting talk and they asked the owner if he was prepared to listen to offers to keep the Roath Park as it was.”

He said that the owner was prepared to listen to offers which made financial sense, adding: “He was totally open minded about it, as he always would be.”

Coun Wong stressed that nothing was certain yet and that he was waiting to hear from the owner what the terms would be for someone taking on the pub.

He said: “We should wait for the heads of terms but for us it feels like a genuine opportunity to save the Roath Park pub and we’re really happy to have negotiated to get to that position.”

MP Jo Stevens said: “This is welcome news. I applaud the hard work of our dedicated Plasnewydd councillors and local residents, which I fully support, in this campaign to save this valuable heritage asset for our community here in Roath.

“The Roath Park is the last remaining Victorian-era pub on City Road. I really hope a solution can be found to secure the long-term future of the pub, but especially, the historic building.”

This was approved last Tuesday. Mr Jones said that if the pub was demolished the owner would apply again for planning permission to build flats with a ground floor commercial unit on the site.

The plans to demolish the pub faced significant local opposition with 61 objecting comments submitted on the application.

Leader of Cardiff Council Huw Thomas took to Twitter on Friday in response to criticism of the demolition. He said: “I’m as disappointed as frustrated as anyone, but let’s be clear, because Cadw didn’t list the building, the Council has no grounds to stop demolition.”

The Roath Park was built in 1886 and closed in 2020. For some of 2021, the vacant building was occupied by squatters who ran community events there until they left following a court hearing at the end of September.