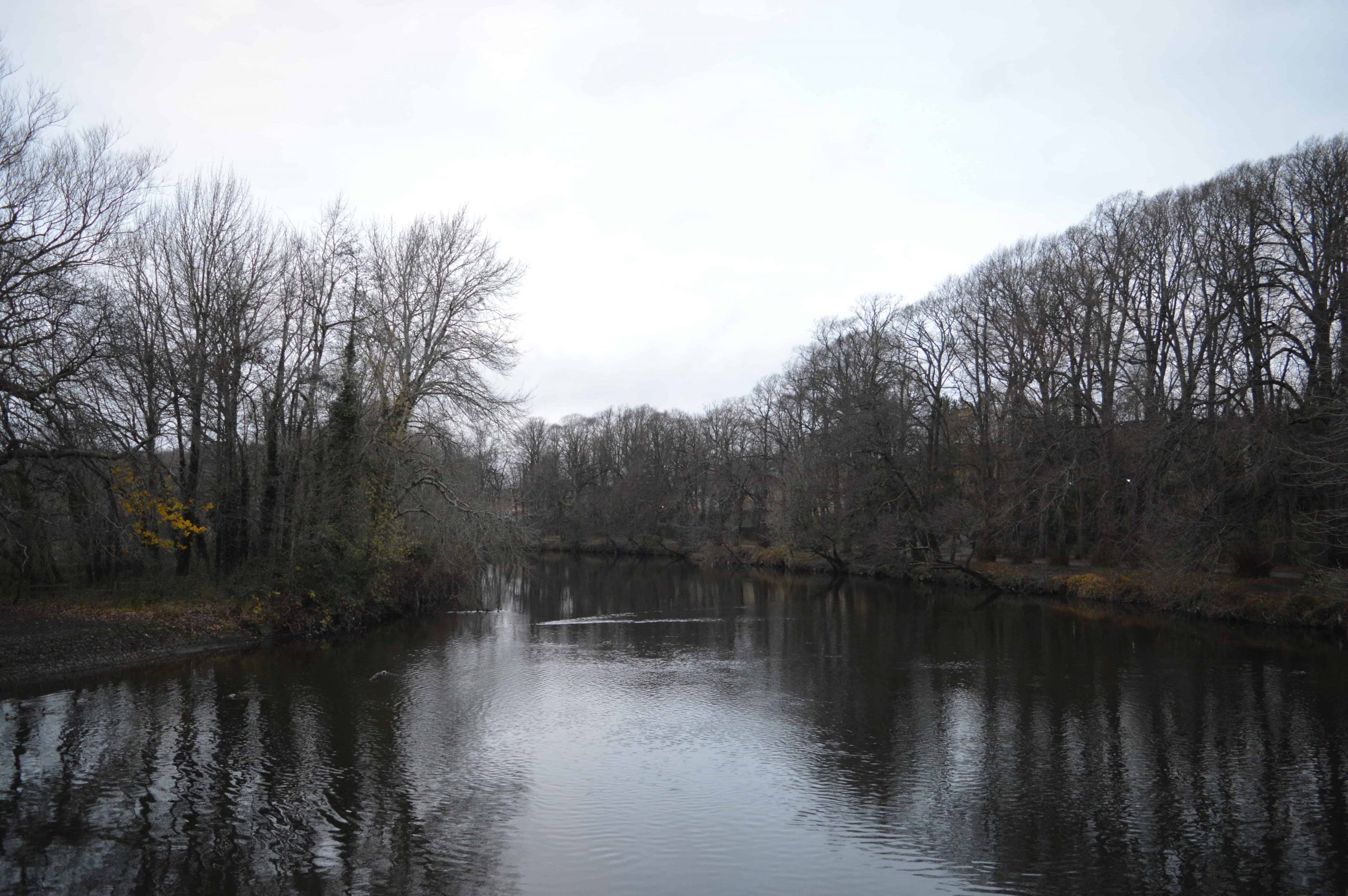 Life and litter: The meandering story of Cardiff’s main river

The Taff once ran black with coal dust. Now it is an “unbelievable” home to wildlife in the heart of Cardiff, but we all have a role to play in keeping it that way

“IN the 50s and 60s, there were no fish. You would get eels in there but basically absolutely nothing could live in there. It was just black with the washings from the collieries.”

Ron Moore tells me this as we walk along the Taff while on a litter pick with Cardiff Rivers Group. I am here to interview members of the group, but I have been told I have to do an hour’s worth of litter picking first. Ron is 72 and has been wading out into the river with the group for the last four years.

The river today is unrecognisable as the black river from the 50s and 60s. Since then, the collieries have all closed down and the Taff no longer even flows into estuary water, but into the freshwater lake created by the Cardiff Bay Barrage.

“The Taff has recovered tremendously after the effects of the industrial revolution,” said a spokesperson for Natural Resources Wales.

“We’re always striving to make improvements to water quality – working with water companies, industry and communities to reduce the pollutants which enter the river.”

The crowning achievement of the clean-up was the return of salmon to the Taff.

“When I was a kid you wouldn’t see salmon in the Taff, not a chance,” says Ron.

As we walk down the riverside, Ron and I encounter more Cardiff Rivers Group volunteers who are wheeling the largest find of the day: a moped which had been dumped by the river.

As well as the moped, the day’s pickings also included a Henry hoover, drug paraphernalia, a sex toy, and 65 bin bags of rubbish.

Littering is one issue which has persisted throughout river’s transformation. This is where Cardiff Rivers Group come in.

The charity began as six volunteers meeting up to pick litter along the Taff in 2009.

Nigel Barry, now the group’s secretary, has been involved since its second event, a litter pick by Llandaff Rowing Club which he saw advertised in the South Wales Echo

He said: “It was raining and windy and 50 people turned up. So it just goes to show there was interest.”

The group is going strong 12 years later, running frequent events where people can volunteer to help maintain the river.

Dave King was one of the groups founders. In 2019, he was made an MBE for his achievements with the group.

“Our objective is basically to try and make a positive difference to the waterways in and around Cardiff and South Wales,” he said.

“So that effectively means going out and clearing rubbish but also increasingly we do a lot of habitat management.”

The Taff has become a thriving habitat for all kinds of wildlife as the river has become cleaner.

Natural Resources Wales said: “Over the last 20 years, we and our partners have invested millions of pounds to improve river habitats so they can support greater populations of wildlife, including native fish such as salmon, trout, eels and bullheads.”

They have also been removing man made barriers to fish migrating up the river.

It is not just fish that travel up the Taff. Bryan Osborne crews on Cardiff’s Aquabus service which runs services from Cardiff Bay to Cardiff Castle.

“Going up the River Taff over the years, I’ve seen mink, otters. The otter was way up by Cardiff Castle at that end of the Taff,” he said, adding that he originally mistook the mink for a cat at first.

“I’m just fascinated by the Taff,” he said. Bryan said he has seen salmon jumping all along the river, dragonflies and butterflies flying across the river from the hedgerows, as well as a host of bird life, including kingfishers, herons, goosanders, and swans.

Alongside working on Aquabus, Bryan runs Cardiff Bay Tours with his partner Carol Townsend, giving tours around the Bay and wetlands. On one occasion in 2004, an African spoonbill turned up in the wetlands. Bryan believes it was blown off course while flying to Norfolk.

“Believe it or not there was even a seal in the Bay in 2000. He got in through the fish pass, following a boat in,” he said.

Bryan said it was “unbelievable” to have so much wildlife right in the heart of the city.

However, Dave is concerned that littering may affect these habitats, with problems with fly tipping of building and household waste as well as general litter.

He said: “The thing about Cardiff, certainly where we were today down near the Bay, is that we are at the end of the Taff and therefore everything and anything that gets thrown into not only the Taff but the tributaries that join it, from Brecon all the way down, will eventually end up in the Bay.”

Natural Resources Wales said: “We need to do all that we can to keep our rivers clean. By disposing of our rubbish correctly and checking for misconnected pipes in our properties that could cause pollution, together we can make sure our rivers continue to be healthy for people and nature.”

Dave has a clear message for anyone who might not think twice about leaving litter by the river: “Don’t do it. Think through the impact of where it’s going. Look at the pictures that we’ve got of down in the Bay. You’ve contributed to that so how does that make you feel?

“Just hang on to it till you can put it in a bin. It doesn’t cost you anything, it’s not a big effort, so just think before you throw it.”

“Without people like [Cardiff Rivers Group], and other groups way up the river, I’m not quite sure what we’d do,” said Bryan. He also praised the Cardiff Harbour Authority for its work to remove litter from the water.

In February 2020, the river Taff burst its during Storm Dennis, raising fears for river’s wildlife. Bute park was flooded and 130 people volunteered with Cardiff Rivers Group to help with the clean up.

Bryan said: “That hit us big time. Where we land at Bute park, the whole landing stage was destroyed.

“I don’t think it affected the wildlife really, they just seemed to go with the flow, but it wasn’t long before everything was back to normal.”

The landing stage too has since been repaired and both the Aquabus and Cardiff Bay Tours are running again, offering everyone a chance to get out on the river.

It is not only from a boat that you can see the Taff’s wildlife though.

“You always see the swans and the grebes,” says Ron when I ask him what he seen while out with Cardiff Rivers Group.

“So the river is cleaner and it is an asset to the city but when you see a motorbike in the middle of the river it all spoils it a bit.”