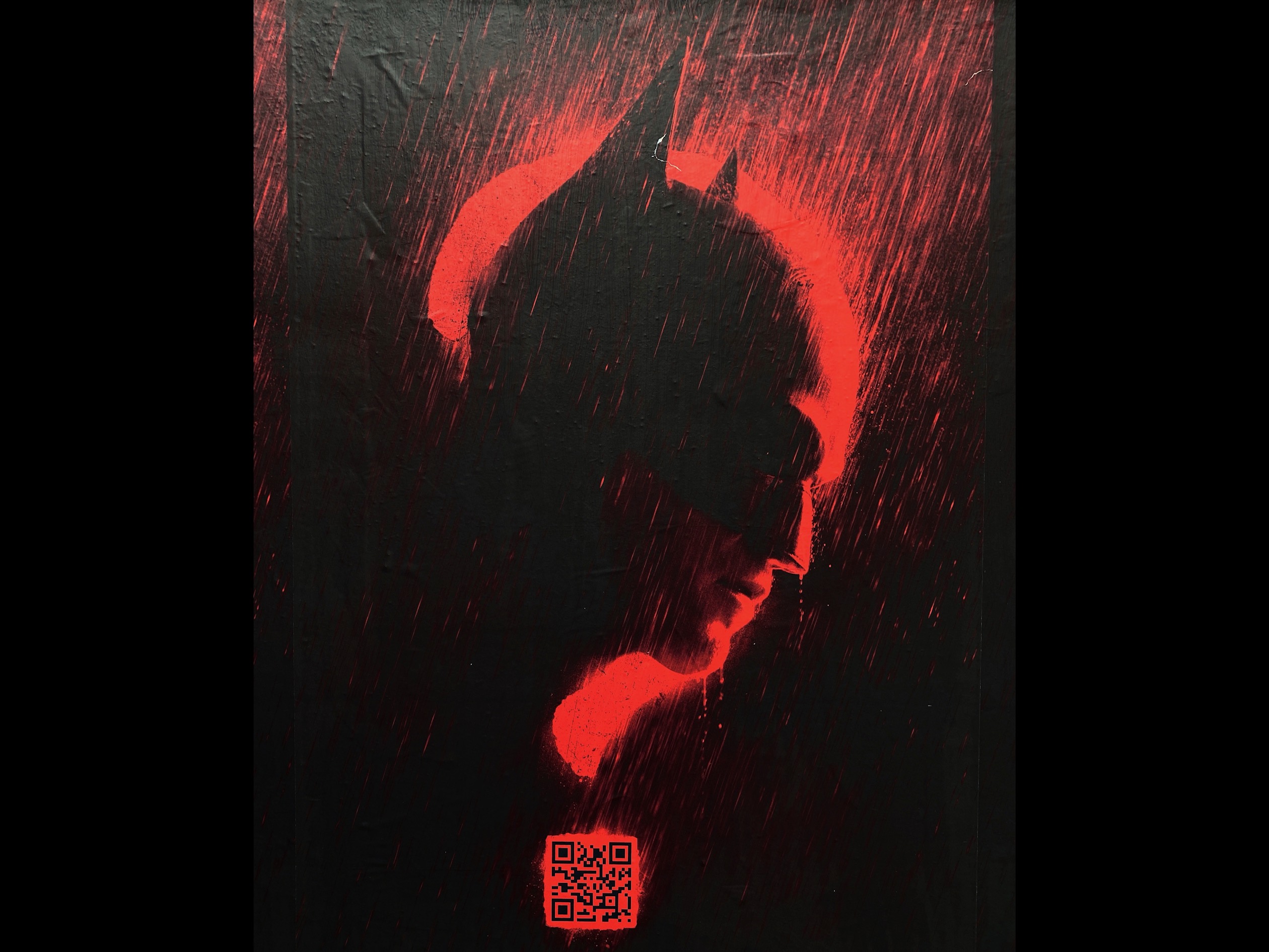 Cryptic posters appear across city as hype for ‘The Batman’ builds 

POSTERS advertising the forthcoming superhero film, ‘The Batman’, have started to appear across Cardiff in anticipation of the movie’s release.

The posters, designed by Australian artist Paul Zeaiter, feature a question mark along with a headshot of the Batman and a QR code, leading to the film’s trailer.

This is all presented with no words, reflecting the mysterious tone of the new, detective-focused story.

The film, which stars British actor Robert Pattinson, will be available to watch in cinemas from Friday, March 4.

Fans are hoping to see a visible improvement with The Batman and are expecting a more stylised look from director Matt Reeves.

“I think given the previous efforts of DC in recent years with Batman, this new rebrand looks a lot cooler with Robert Pattinson,” said Chris Parkhill, 34, of Cardiff’s The Television and Movie Store.

Based on the promotional material, the tone of the film appears darker than previous incarnations, and Cardiff comic book fans are delighted with this grittier take.

“I think they certainly, with the Christian Bale movies, made it a little bit darker, so I think there’s probably room for it and maybe it’ll counterbalance some of the light-heartedness of all the Marvel movies lately,” said Paul Haynes, 57, of The Cardiff Comic Store.

“I’m quite looking forward to a darker take on it ­­­– the character can be quite vicious and dark in many of the incarnations so it’s not a bad thing,” he added.

The excitement among Cardiff’s businesses doesn’t stop with the caped crusader. It also extends to the villains he will face in the upcoming film.

Paul Dano, previously in ‘There Will Be Blood’ and ‘Prisoners’, will step into the shoes of the Riddler while Colin Farrell will take on the role of the Penguin.

“For me, the most interesting thing about any new Batman release is the villains,” said artist Sul Sullivan, 50, of The Darkside Gallery, Cardiff.

He added: “Frank Gorshin played the Riddler in the 60s TV series and I know Jim Carrey had a go in the early 90s, but we’re very interested to see what Paul Dano makes of the character in the new film. That’s what I’m most looking forward to.”

Matt Reeves’ newest addition has been given a PG-13 rating, translating to a 12A or 15 certificate in the UK, which is the same as Tim Burton, Joel Schumacher and Christopher Nolan’s cinematic versions of the character.

‘The Batman’ has a runtime of two hours and 55 minutes according to IMDB, making it the longest big-screen outing for the Caped Crusader.