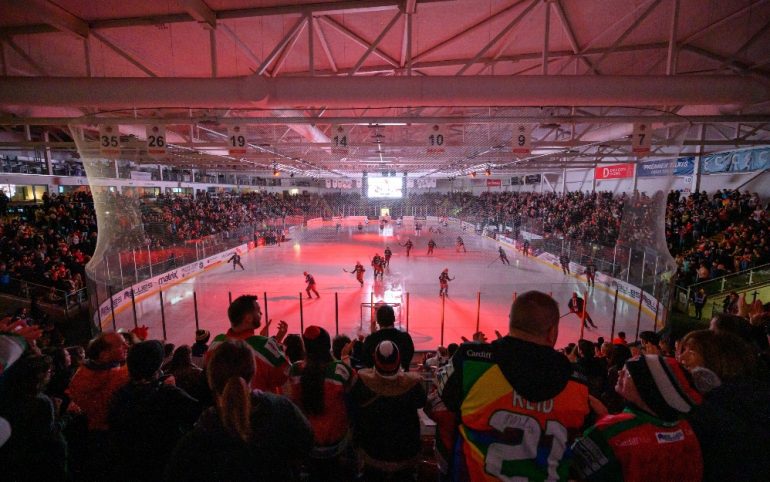 Devils take on Steelers in top of the table clash

Cardiff have won their last three games against Sheffield

CARDIFF Devils will take on Sheffield Steelers on Saturday night in front of a sold-out Cardiff Ice Arena.

The Devils will be hoping to bounce back from last week’s defeat to bottom of the table Fife Flyers.

Cardiff have won their last three games against the Steelers in all competitions, and will be hoping to make it four in a row on Saturday.

“There are big games, then there are Steelers games,” said a statement on the Devils’ website.

Saturday’s Elite Ice Hockey League match will be Cardiff’s third since losing the Challenge Cup final to the Belfast Giants.

Both players will hope to add to their tally tomorrow.

The Steelers may also find Devils’ Riley Brandt hard to handle when both teams take to the ice.

The Canadian is a renowned big hitter, and is likely to excite the packed out Ice Arena Wales crowd.

Devils fans were recently found to be the most engaged in Wales.

With five league games left to play before the playoffs, Cardiff will be hoping to close the gap on Sheffield to gain a better seed.

The Devils currently sit in third position of the EIHL, four points behind second place Steelers, but the Sheffield side has several games in hand.