Why David Cameron was wrong about the Welsh NHS

LAST year, David Cameron called the performance of NHS Wales a scandal during Prime Minister’s Questions. One Splott based surgery may have proven him wrong.
The Cloughmore Medical Centre in Splott has the lowest running costs in Wales, which could save money and improve its services thanks to its high energy efficiency.
The only building in Wales shortlisted for the UK’s most sustainable buildings BREEAM Awards 2015, the medical centre is now able to provide increased health care to its patients.
Practice Manager Ann Graham said: “We used to have a GP practice in an end-of-terrace house. The old practice was not fit for purpose so we applied for redevelopment. As we were one of the surgeries in need of most redevelopment at the time we were prioritised. It took five years before we went to development stage but the new building is brilliant.


“The new surgery has three additional consultation rooms and is able to provide midwifery services twice a week and hold sessions for babies and children. It also has a treatment room and a minor operations room, which the previous surgery did not have.
“In the old practice we weren’t able to have all three nurses working at the same time due to lack of space,” Ms Graham added. “As a result of the new building we have the opportunity to have all three nurses working at the same time.”
Under the NHS, surgeries and medical centres manage their own budget. The building’s energy efficiency rating means it has one of the lowest running costs of any health centre in Wales.  Its minimal outgoings could mean more money in the pot to spend on facilities and resources for patients.

The developer for the building was Apollo Capital Projects Development on Cathedral Road, Cardiff. Rob James, Managing Director, said: “40 per cent of the centre’s electricity is generated through solar panels.
“Most of the building is naturally ventilated. This reduces the need for additional energy to ventilate the centre. The high performance window glass means the building doesn’t overheat in summer and is warm in winter so less heating and cooling is needed. It has the lowest running costs of any health centre in Wales.”
Mr James explained 80 per cent of the £3.5 million invested in the building was put back into the local economy through the use of local contractors, labourers and materials.
“Most materials used to build the centre and most sub-contractors came from Cardiff, Newport or Swansea. This also reduced the carbon footprint,” he added. 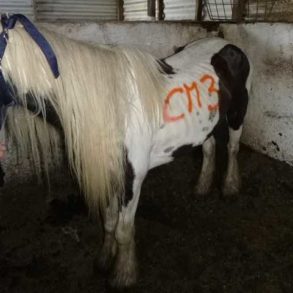