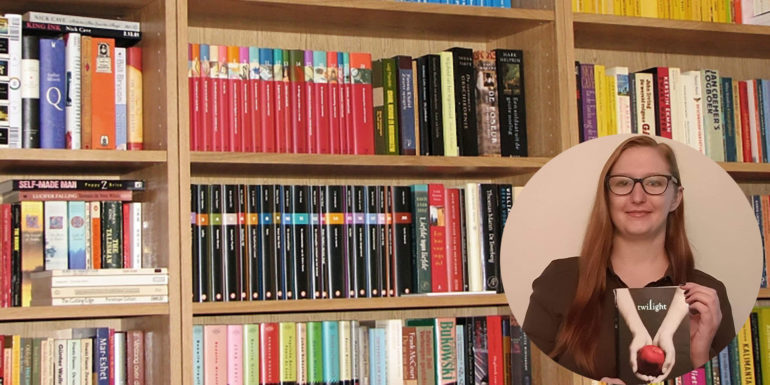 Elizabeth Walsh, who has dyslexia, wants to share her passion for reading in Birchgrove after building a keen audience online

A CARDIFF woman who only picked up a book for the first time in her late school years is preparing to open a bookshop in Birchgrove in the new year.

Elizabeth Walsh, 24, has dyslexia and was always told she wouldn’t be able to read properly. However, after picking up Twilight by Stephenie Meyer as a teenager, she quickly became hooked on books.

“I really struggled to read when I was younger and it wasn’t noticed until I was about 16,” Miss Walsh said.

“I had always been told I was lazy and things like that. But I always knew I could read, and when I started to, I absolutely loved it. Now I want to share that passion with other people.”

Miss Walsh, who works as a bartender at The New Inn on Caerphilly Road, created The Hideaway Bookshop online at the start of the year and advertises stock on Facebook, Twitter and Instagram, allowing people to message those pages to purchase.

This has proved extremely popular and now she has plans to open a physical shop in the new year, particularly as there is not currently a bookshop in Birchgrove.

“A lot of people who come into the pub have said they would love a bookshop and how good it would be for the community because it would also be a social space and there aren’t many of those in Birchgrove at the moment.”

Currently the only books being sold are second-hand donations, but Miss Walsh says she has already been in contact with wholesalers to be able to sell new releases when she opens.

At present, 80% of the money made online is being put towards the costs of opening and renting an outlet, with the other 20% donated to mental health charity Mind.

Miss Walsh has looked at two potential locations on Caerphilly Road, as well as one in Whitchurch. She hopes to be able to open in the next six months, but admits this could depend on Covid-19 restrictions.

A fan of fantasy and supernatural books, Miss Walsh says The Hideaway aims to sell “pretty much everything” when it comes to genre, but has an especially big range of children’s and pre-teen books. She also hopes to run activity sessions for children and social events for adults.