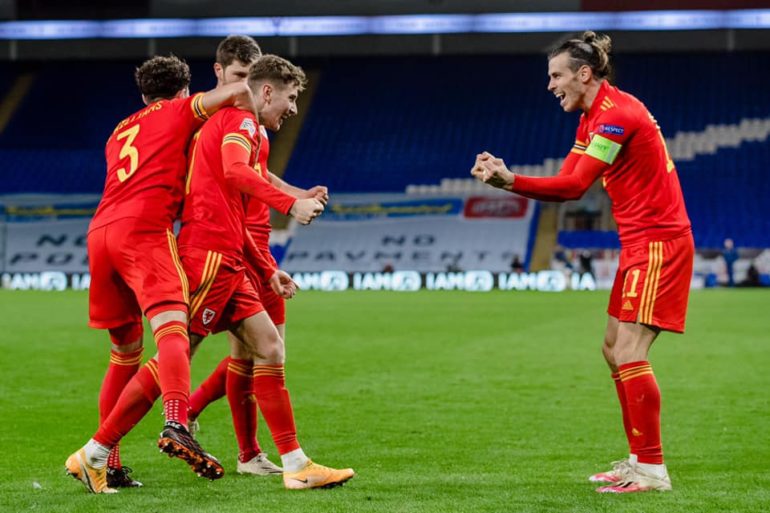 No Covid concerns for Wales ahead of ‘extremely tough’ Finland match

CARETAKER manager Rob Page says that “there are no concerns at all” for his players ahead of tomorrow night’s Nations League match against Finland after two Republic of Ireland players tested positive for Covid-19.

Wales beat Ireland 1-0 in Cardiff on Sunday night, but it was confirmed on Monday afternoon that James McClean and Matt Doherty had tested positive.

Page said in a press conference earlier today that all of his players have tested negative since that match.

Gareth Bale, who played 90 minutes on Sunday, said: “It’s a slight concern for everyone when you’ve been in close contact with somebody (who has tested positive for Covid-19), but it’s good news that everyone has tested negative.

“We feel safe. Things do happen which are out of your control and you never know where the virus is. We’ve been very lucky that we haven’t had any cases yet, but we’re trying to stick to the protocols.”

Wales are top of League B Group 4, one point ahead of tomorrow’s opponents. The Dragons can gain promotion to League A in the Nations League with a point, but a loss would see Finland overtake them in the table with no remaining fixtures.

Finland go into tomorrow’s game at the Cardiff City Stadium in excellent form, particularly after a 2-0 win against a France side containing the likes of Paul Pogba, Antoine Griezmann and Anthony Martial in Paris last week.

On Sunday, Finland won 2-1 against Bulgaria in the Nations League to set up tomorrow’s winner-takes-all clash. Norwich City striker Teemu Pukki was on the scoresheet on Sunday, and he is expected to lead the line again tomorrow.

Page said: “Finland are a good team and they proved that against France. It’s going to be an extremely tough game.

“It’s come down to this, we thought it might do. We came into the camp knowing that, if it comes down to the final game, we’ll be ready for it.”

Wales are unbeaten in 10 competitive matches and have kept seven consecutive competitive clean sheets. A second-half header from Bournemouth’s David Brooks was enough for Wales to beat Ireland on Sunday to keep them in pole position for promotion.

Bale, 31, played every minute of the win against Ireland but admits that he still has work to do to regain full fitness.

He said: “It’s great to get 90 minutes under my belt and to get the win. The more games I’m playing now, the better my body’s adapting.

“I still need to get a little bit fitter and a little bit sharper. I’m excited now to get back to full fitness.

“It’s one of those games that’s exciting and I’ll look forward to it, and in a Wales shirt it’s even more special.”

Wales started with a back five against Ireland, but ended the game with a back four after Page brought on striker Kieffer Moore for wing-back Rhys Norrington-Davies.

Ben Davies is suspended after he picked up a yellow card for fouling Ireland’s Jayson Molumby, but Page said that “another player will be able to come in and give a good account of themselves” in place of the Tottenham defender.

Juventus midfielder Aaron Ramsey has missed all of Wales’s November matches after picking up a thigh injury in Champions League action against Ferencvaros and is not part of the squad for tomorrow night.

Wales manager Ryan Giggs remains absent from the national team after being arrested on suspicion of assaulting his girlfriend on November 1.