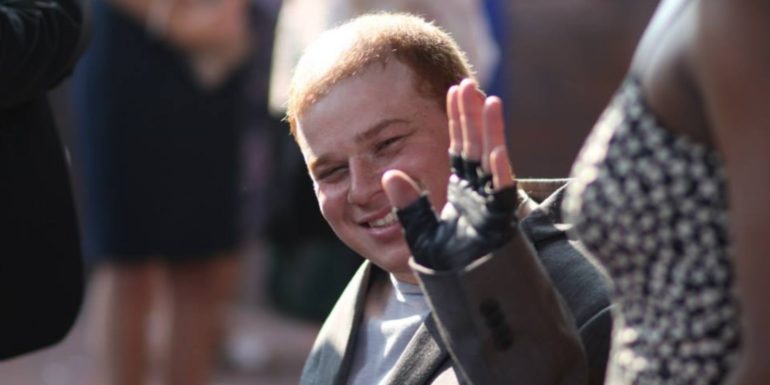 A fundraising page has been set up to raise £3,500 to replace a unique cycling attachment that allowed a wheelchair use to bike riding.

The hand cycling attachment was stolen from a shared bike shed in the Leckwith area of Cardiff on the 25th or 26th of January.

It was custom-made for civil servant Ashley White, who had only had it for three weeks. The aid is of no use to anyone else, which has made the theft even more upsetting and pointless.

“I hadn’t been able to bike ride for 25 years so what a great opportunity it would be,” he said.

“I was very upset when I realised the bike had been stolen after only three weeks, even though it was securely locked in a shed. I am actually shocked by the idea that someone would be so utterly vile to do a thing like this.”

A police appeal was published at Ashley’s request last week, but so far no leads have been found and Ashley has little hope of recovering the attachment.

“Joel Britton is a rising star in the music industry so it’s very nice of him given his incredibly busy schedule to set up the page and reach out to people,” said Ashley.

27 people have already donated, raising £440. “It’s been wonderful that people have been so kind,” he added.

The theft is somewhat puzzling for Ashley as the bike attachment is customised to his specific wheelchair and so cannot be used by anyone else.

“Even another wheelchair user cannot use it because there is an additional attachment that you need to make it work. It’s a totally useless exercise for anyone else to try and use it,” he added.

The bike was manufactured by DaVinci mobility and took three months to make.

A CCTV system had been operational when the robbery occurred, but due to the 48 hour window during which the theft may have occurred, the police said they did not have the resources or time to review the footage.

“They haven’t got the resources so it was very difficult, but you know they can only do what they can do and I am grateful for the police efforts moving forward,” said Ashley.

You can donate to Ashley White’s GoFundMe page here.