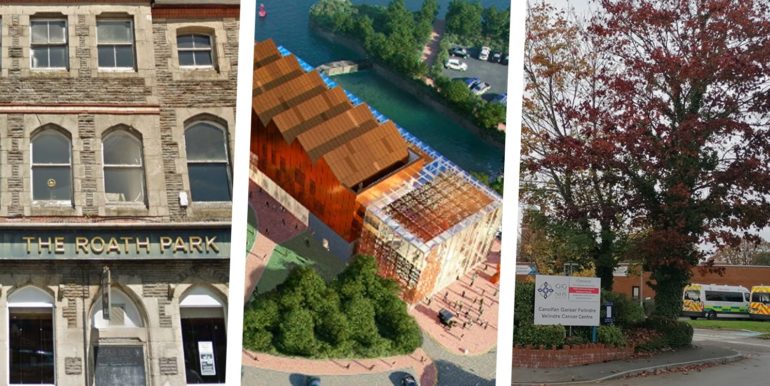 Does public opinion count for anything in Cardiff planning applications?

COMMUNITY groups have expressed concerns that local people’s voices are being heard but not taken into account when considering controversial Cardiff planning decisions.

Plans for a Military Medicine Museum in the Bay received a petition with over 5,000 signatures while over 12,000 signed a petition to protect the Northern Meadows in Whitchurch from development.

But with engagement comes disillusionment for some who have been left to question whether their contributions are carrying much weight when decisions are made.

Pressure groups are increasingly unhappy with council decisions, with three groups coming together in November to demand greater public inclusion.

Cardiff Civic Society, Reclaim Cardiff and Save the Northern Meadows want communities to be supported to challenge what they see as the “unfair” power of developers.

Huw Williams of Reclaim Cardiff said: “Our city and its character is being obliterated with developers seemingly being given free rein to destroy green space, demolish landmark local buildings and undermine communities – despite strenuous objections from the people.”

But Liberal Democrat Councillor Rodney Berman, who represents Penylan, says it’s important to understand the planning committee has a specific job to do.

“They can’t just vote on how they feel on the application or not, they have to consider whether the application is within the rules of planning guidance. Judging it against what the agreed rules are, rather than whether they would like to see the development or not,” said Coun Berman.

“It’s important from the public perspective to understand all those rules.

“Having said that, I think there are plenty of cases where I would disagree with the judgement that have been reached and I’m not always convinced that the planning committee have correctly weighed up the argument in all cases.”

For major projects, the public have two opportunities to make their views heard – first of all to the developer themselves in a pre-planning consultation and then (after plans have been submitted to the council) as part of the council’s formal planning process.

Anyone can respond to either consultation whether or not they live and work in an area earmarked for development. With a formal, local authority consultation, people usually have 21 days following the publication of plans to respond.

But any views expressed by the public as part of a council’s planning consultation are not binding, although they are meant to be taken into consideration by the planning committee when making a decision on a proposed development.

We contacted members of the planning committee for comment, but have not received a response.

Councillor Berman, who doesn’t sit on the planning committee, said: “There does seem to be a growing feeling from the public that the council isn’t taking on-board public opinion to sufficient extent in a lot of cases.

“I’ve not always been satisfied that some of the councillors on the committee have been properly listening to the points we are making.

“But this is why we have a planning committee, to debate those issues and we won’t always be happy with the outcome people reach.”

One controversial decision made by the committee in the past year is the approval for the development of Military Medicine Museum in Cardiff Bay.

The site of the museum is planned for Britannia Park and would demolish a playground and cottage as part of its construction.

Campaigners say it reflects a wider theme that the public are losing public and green space to new building developments in the city.

Cardiff Civic Society says the planning committee needs to reject planning applications that build on sites of importance to biodiversity and public wellbeing.

A spokesperson for the group said: “Cardiff Council has a disastrous environmental record and has failed to grasp the need to protect informal green space for the benefit of the natural and human world.

“Green space, and green infrastructure is being destroyed at an alarming rate throughout Cardiff, and the local authority’s stubborn refusal to accommodate the wishes of the public as they defend these places is unforgivable.”

One of the more successful stories in regards to community effort towards planning applications has been against the planned demolition of The Roath Park Pub.

Initial plans to demolish the historic pub were made in October but the application was recommended for rejection prior to a planning meeting and the developers pulled out.

This was in part due to a community effort led by local councillors that gained traction online.

Many were concerned that the pub on City Road was part of the city’s heritage and its demolition for construction of another block of student flats would further diminish the appeal and history of the street.

Councillor Rodney Berman, one of the leaders of the campaign, said: “It’s important to protect the heritage of City Road. We’ve got to be careful to make sure we are the custodians of the city’s heritage.

“The community was able to express a clear view and, on that occasion, it was reflected in the decision made by the planning committee.”

He warns that it might not be the end of the application though, claiming that the developers pulling out may be a tactic to avoid forming negative precedent and therefore making the application easier to get through.

“I think it’s great that we have won the battle, but we haven’t necessarily won the war,” Coun Berman added.

What could be done about planning applications?

Councillor Berman says there is a case for looking at the current planning application rules to ensure public opinion is considered and all arguments are correctly weighed up.

In particular he highlights the role of planning inspectors in the process and their understanding of local politics and communities.

He said: “I think there’s always a case for looking at rules, I can remember plenty of cases in the past where the council has made decisions that the public are happy with and then that’s been overturned by planning inspectors.

“I don’t feel like they give enough weight to local policies that the council have in place. It shouldn’t just be the case of planning inspectors overruling democratic decisions.”

Cardiff Civic Society proposes that community objections are made a legally binding reason for rejecting developments.

A spokesperson for the group said: “Currently, the planning committee will always approve an application as long as it falls within planning laws, even if the public heavily objects. Making public opinion a legally binding decision would give the public much greater say in proceedings.”

They also are calling for the planning chair to be appointed independently, regardless of political affiliation. Currently the chair of the planning committee is decided among the governing party.

Nerys Lloyd-Pierce, Cardiff Civic Society chair, said: “When Cardiff Council holds its annual general meeting and appoints a chair of planning the decision should go to a recorded vote.

“A chair who is chosen independently is more likely to listen to the voice of the public when big decisions are made.”

The next scheduled planning committee for Cardiff Council is held today, February 17. You can view the agenda and additional information HERE.

You can view a selection of our planning application stories here: