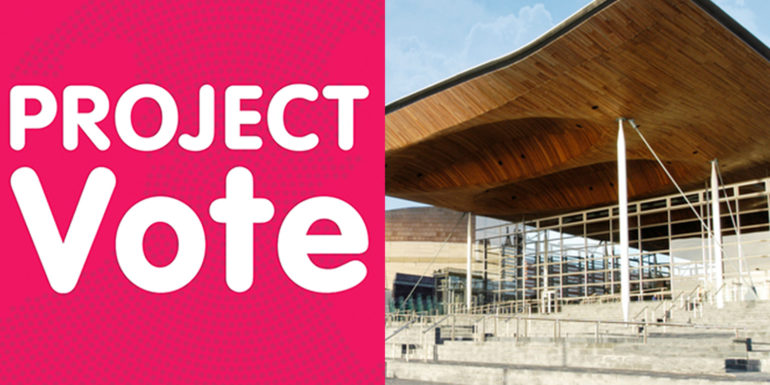 THE Children’s Commissioner for Wales has launched a parallel election to show how the Senedd would look if only 11 to 15-year-olds voted.

The campaign, named Project Vote, will involve young people voting for real candidates in their constituencies based on their school’s postcode.

They will also be able to vote for parties from a regional list, just as they would in the real Senedd election.

Sally Holland, Children’s Commissioner for Wales, said: “I listen to thousands of young people across Wales every year, and so many of them want to know more about politics and how they can get involved.

“Not only do I hope that Project Vote will give young people a better understanding of politics and elections in Wales, but I hope that it will inspire many to have their say in other ways, even if they are not able to vote for real.”

Voting will take place online and will be held over a fortnight at the end of April.

Results will be published after polls for the real Senedd election close on May 6.

Jo Stevens, MP for Cardiff Central, said: “We all have a duty to consider how we best engage this next generation of young voters, and initiatives like Project Vote are a great way to bring elections and the work of the Senedd directly to them.

“I’d urge as many schools as possible to get involved – and the very best of luck to everyone taking part”.

The parallel election is part of a wider move to improve political literacy among young people as 70,000 16 and 17-year-olds head to the polls for the first time in May.

Angharad James, 16, is one of these first-time voters.

“I am interested in politics,” she said, “but I don’t believe that politicians represent young people’s voices, especially in education.

“Being able to vote this year, I feel more included in important political decisions that may affect my future.”

According to the Electoral Reform Society (ERS), 69% of 16 to 24-year-olds think the Senedd Elections are important – a higher proportion than any other age group apart from over 65s.

They are also much more likely than all other age groups to have participated in some form of political activity within the last 12 months.

However, the ERS found that almost half of 16 to 24-year-olds would be unlikely to contact their MS or MP regarding an issue that could be addressed by either Parliament, indicating a lack of faith in elected politicians.

To help combat this, the Electoral Commission has created a range of resources aimed at first-time voters, while in Westminster an All Party Parliamentary Group on political literacy was launched earlier this year.

The Children’s Commissioner for Wales has also written to all party leaders urging them to write versions of their manifestos aimed at young people.

Kevin Brennan, MP for Cardiff West, said: “With 16 and 17-year-olds voting for the first time in this year’s Senedd elections, it is more important than ever to get young people engaged in Wales’ democratic process.

“I agree that Project Vote is an opportunity for those too young to case their ballot to make their voices heard and to gain an understanding of democracy as a lesson for life.”