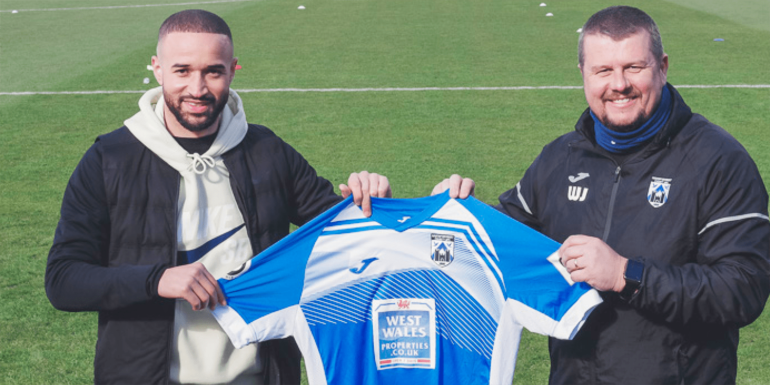 TOP-FLIGHT football in Wales is under way again following a two and a half month hiatus.

The JD Cymru Premier was granted “elite status” by Sport Wales last month, allowing the league to resume after it was halted in mid-December when the country moved into tier four lockdown.

With teams having up to seven remaining phase one fixtures to play before the beginning of April when the top six and bottom six split for phase two, there has been no time to lose.

It has led to a busy week with enough stories to do a tell-all interview with Oprah.

On Sunday, league leaders The New Saints stunned everyone when they announced they had parted company with manager Scott Ruscoe.

Ruscoe, who spent 14 years at the club as a player, took charge in 2017 and led the Oswestry-based side to two league titles and two Welsh Cup crowns.

However, TNS’s run of eight consecutive league titles was ended last season by Connah’s Quay Nomads, who were awarded the trophy on a points-per-game basis when the campaign was curtailed.

TNS started this season in blistering form, winning all of their first seven games without conceding a goal. Their 0-0 draw with Bala Town on Saturday was only the fourth match they dropped points in, and left them a point clear of Connah’s Quay at the top of the table – although Andy Morrison’s side have a game in hand.

It is set to be another close race to the finish line between the two clubs, and whoever TNS hire may prove decisive in which way the trophy goes.

One high-profile new addition to the Cymru Premier is Jazz Richards, who signed for Haverfordwest County on Saturday evening.

The signing came as a surprise, considering that 29-year-old Richards was playing in the English Championship for Cardiff City last season and is believed to have had offers from at least one club in that division.

Richards is the second member of Wales’s Euro 2016 squad to have moved to the Cymru Premier in the last 14 months after David Cotterill joined Barry Town United in January 2020.

Cotterill scored the only goal of the game from the penalty spot as Barry won 1-0 against Cefn Druids on their return to action on Saturday.

It was an important victory for Gavin Chesterfield’s side in their quest to secure a spot in the top six for the third consecutive year.

While TNS, Connah’s Quay and Bala Town – marooned in third place – are all assured of their places in the top half, it is a four-way battle for the three remaining spots.

Barry, Penybont and Haverfordwest are flying the flag for South Wales and currently occupy fourth, fifth and sixth respectively, with Caernarfon Town hunting them down in seventh. However just four points separate the sides.

Barry and Penybont meet twice in the next week, while the Bont face Haverfordwest on the final weekend of phase one which could end up being a winner takes all clash.

In the bottom half, only five points separate Cardiff Metropolitan University in eighth and Aberystwyth Town in 12th, leaving the fight to avoid relegation wide open.

Aberystwyth were the only team in the bottom five to pick up a point at the weekend, as Jamie Veale scored a 95th-minute equaliser in a 2-2 draw against Caernarfon. Gavin Allen will remain as manager at Park Avenue after previously offering his resignation.

There was a change in the dugout at Flint Town United in December as Neil Gibson replaced Niall McGuinness, but he has lost two of his first three games.

Cefn Druids’ managerial situation is a little more unclear, with boss Bruno Lopes stuck in his homeland of Portugal because of Covid-19 restrictions, leaving assistant manager Jayson Starkey to take charge of their defeat to Barry at the weekend.

Christian Edwards and Chris Hughes have held their posts at Cardiff Met and Newtown for three and seven years respectively, but are more used to competing for European qualification than battling against relegation. They go head to head on Saturday.