How has lockdown changed worship in Cardiff?

THE last 12 months have been a tumultuous time for everyone around the world.

And for many people of faith, the community that forms a large part of their lives has been stripped back by lockdown restrictions.

Under current Welsh government guidelines, people are allowed to leave home to attend a place of worship, but normality is yet to return.

We spoke to religious leaders around Cardiff to find out how things have changed for them in the last year.

The Rev Caroline Downs, 62, runs religious services at St Michael and All Angels Church in Cathays, and says the restrictions over the last year have led her to develop a “many layered ministry”.

“It was a very steep learning curve technologically for me and for a lot of clergy because when the churches had to be locked down, we had to quickly find another way to keep engaged with the congregation.”

“We’ve been open in between lockdowns, but in a very limited way. So we had to quickly learn how to work a service on Zoom while still wanting to engage people as taking part of that service and needing it.”

Even before the coronavirus pandemic began, the church could only have about 30 people at a service.

Due to social distancing restrictions, this number has been even smaller on the few occasions that the church has been allowed to open during the last year.

However, streaming services via Zoom has meant that as many as 50 people have been able to join in with the services.

While it took her a few weeks to get used to delivering religious services over the internet, she says that it would be a “big mistake” for churches to stop using technology once normality has returned.

One of the most challenging parts for the Rev Downs has been delivering funeral services during the pandemic.

Social distancing and lockdown restrictions have meant that many people have had to say goodbye to loved ones through a computer screen.

Rev Downs said: “It’s instinctive when taking a funeral to get close to the people at the end, or to have as many people who want to come to be there.

“To have people comfort each other by sitting closely together. To always, at the end, be standing there, and talking to them, and maybe holding their hand.

“I’ve found leading funerals very different and challenging to still have that warmth and comfort.”

St Michaels and All Angels Church will be reopening at Easter.

From March to August 2020, Cardiff’s small Jewish community had nowhere to go for worship for the first time in over 150 years.

He says that the synagogue is the centre of the lives of many Jewish people in Cardiff.

“Their social life revolves around the synagogue and its activities. And although they’ve done some of that on Zoom, obviously they haven’t done that in person, so it’s a big change for them.

“It’s almost like their lives have been on hold for the past year.”

Between March and August, they held services only on Zoom, and tried to maintain their Sunday school in this way as well.

They were able to reopen the synagogue on Saturdays between August and November, before the second lockdown forced them to close again.

Rabbi Rose said that when they reopened, the restrictions around singing upset some members.

“There’s one or two people who came to a service and then didn’t come again, because they didn’t like the service, didn’t enjoy it. Other people are happy just to see people.”

Before the pandemic began, they ran daily services, but Rabbi Rose worries that they will no longer be able to do this because of the physical and mental toll that the least year has taken on Cardiff’s predominantly elderly Jewish community.

“The main effect is people’s isolation, the fact people have to be at home and a lot of people who are single and elderly in the community who haven’t been out of the house for a year,” he said.

Certain Jewish prayers require that 10 men are in the same room, and so their opportunities for worship have been limited.

But they have been able to adapt certain things, such as Passover, which takes place around April every year.

In 2020, many of the community’s members were isolated, and they were not planning to celebrate the festival because it is usually revolves around communal meals and group worship.

However, the Jewish community in Cardiff sent parcels to them containing the correct food to eat and booklets with guidance on how to celebrate to people on their own.

Rabbi Rose said that, for many Jewish people in Cardiff, having to learn how to worship flexibly has “opened their eyes to new possibilities”.

“On the one hand it’s been terrible but on the other hand there’s been a huge silver lining where its really pushed the technological envelope and that sense of community spirit forward.”

Cardiff Reform Synagogue, a home for Jewish people of a different denomination, have also had to learn to operate online.

But Eddie Cawston, 66, chair of the synagogue, says that despite the troubles of the last year, it has not been difficult for him to maintain his faith.

However, he says that for some elderly people, it has been a struggle to adapt to using technology.

“We do have one or two people who can’t get to services and couldn’t get on the technology that have suffered. I wouldn’t say their religion has suffered, but they’ve suffered emotionally.”

Mohamed Tolba, 50, is an Imam at the South Wales Islamic Centre in Butetown.

He says that the hardest part for Muslims during the last year has been lockdown restrictions stopping people from gathering for the month of Ramadan.

During Ramadan, from April 12, Muslims won’t eat or drink during the hours of daylight, and at the end of the month they break their fast with a communal feast.

“The main time in the year is the month of Ramadan. All mosques are packed and full of people but last year it was completely closed.

“It was a very hard time for Muslims and everyone had to pray at their own home by himself instead of congregational prayer.

“And in congregational prayer there’s more blessing and more reward from God, but people had no option and they had to pray in their own homes,” said Imam Tolba.

His mosque is currently open, but with many restrictions in place, and they have been unable to restart Arabic classes for children.

“It’s better than closing the mosque completely. If you come to the mosque with the restrictions, everyone has to wear a mask and bring their own prayer mat, and no touching or hugging or shaking hands, but it is still open for prayer, this is a good thing and it is better than nothing.” 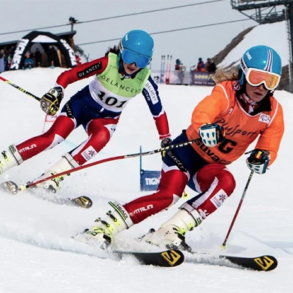