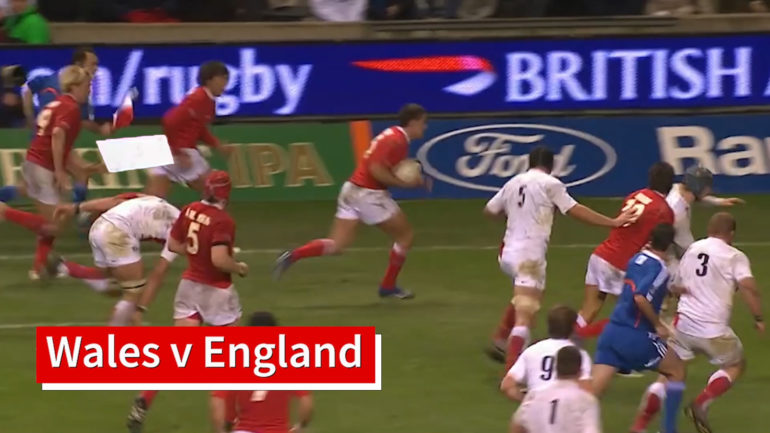 As Pivac’s men chase Grand Slam glory, we look back at the biggest victories over their greatest rivals

This year was no different, and as Wayne Pivac’s side chase the Grand Slam this weekend, we can’t help thinking back just a few short weeks to the Wales v England match.

Defying recent history, Wales managed to pull off a staggering 40–24 win against England.

But was it the best Welsh win over England in recent history?

We took a look back at the best Welsh wins over their English rivals, with highlights from their Six Nations clashes in 2005, 2008 and 2013.

Relive Gavin Henson’s glorious debut as he snatched victory from the English with a late game penalty 45 metres out.  Watch James Hook’s fantastic 2008 try that earned him man of the match. And revel in Alex Cuthbert’s epic try after skinning Mike Brown on the wing and taking it home in the corner.

Will Wales win the Grand Slam this week? Who knows? As long as we beat the English …