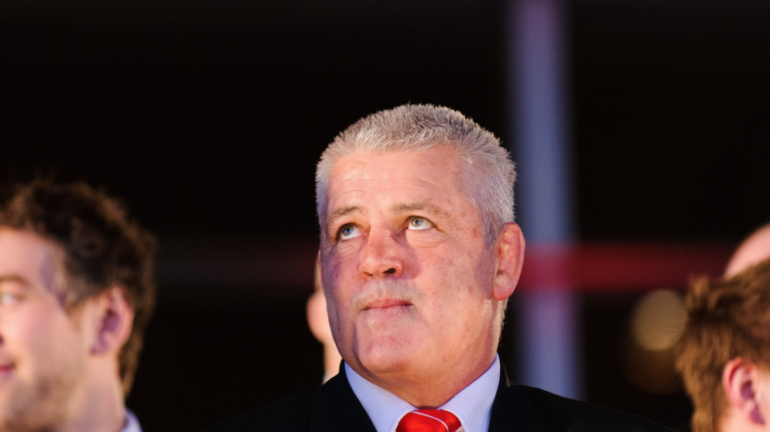 Will Wales’ success in the Six Nations bolster their players Lions chances?

DURING this year’s Guinness Six Nations, a watching Warren Gatland was taking note.

The Lions coach was routinely spotted every weekend in the stands looking to identify the in form players who could be considered for his touring party to South Africa.

The chance to be considered one of the best players of your generation and wear the historic Lions jersey is the ultimate dream for any Englishman, Irishman, Welshman or Scotsman. The fact this opportunity only comes around once every four years makes it even more special.

So will Wales’ recent form (plus Gatland’s inside knowledge of the Welsh camp) mean their players will dominate in the Lions squad?

Of the 651 games played overall (including provincial matches), the Lions have won 488 (a 75 per cent success rate) and there have been 32 draws and 131 losses.

During those matches, 835 players have made an appearance for the British and Irish Lions. The nation that’s provided the most Lions is England, with a total of 242.

Despite their dominance in previous Lions squads, England’s 2021 Six Nations campaign has been disappointing.

As a result, the Lions selection has become far more open, especially since the defending Six Nations Champions are a shadow of the team that beat New Zealand in the 2019 World Cup semi-final.

Previous locked in starters such as Maro Itoje and Owen Farrell have struggled for form, and newcomers such as Louis Rees-Zammit and Duhan van der Merwe have shone.

But in the same time period England has also seen more players selected with a percentage rise of 6.6% (35.7%) – reflecting the dominance of the two nations in the last five Lions squads.

There have been 36 tours and 45 captains (duel captaincy in some tours) in the history of the British and Irish Lions, with England also dominating selection.

A Welshman has held the captaincy 11 times, with Sam Warburton most recently having the honour four years ago when the Lions drew the series with New Zealand.

Before the Six Nations tournament, many experts pointed towards England’s Maro Itoje or Owen Farrell as leading contenders for the honour, but both have fallen out of favour after poor individual performances and questionable decisions at key moments.

Although Alun Wyn Jones could not lead Wales to a Grand Slam this year, the 35-year-old lock continued to win plaudits for his captaincy.

He is currently the leading contender for the Lions role, although Gatland should also note that history shows Welsh Lions Captains have had only a 36% success rate when compared to the overall 40.5% Lions test series wins.

So, there is plenty for Gatland to weigh up, and with the tour now officially confirmed to go ahead in South Africa, he will have much to ponder, not least taking on the World Champions in their backyard.