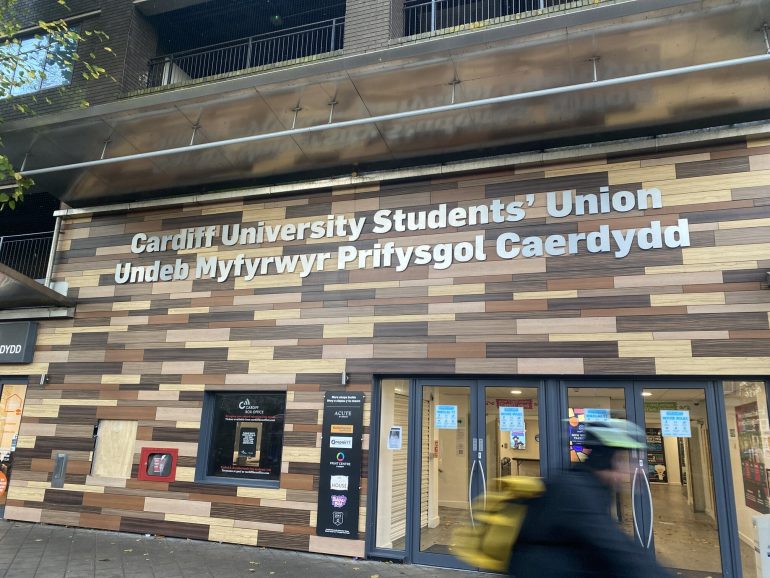 Cardiff student union is lagging behind other Welsh cities

Annell is a third-year student and is fitting in the role alongside her studies.

“It’s too much of a burden for a part-time, unpaid officer to fulfil the role of a full-time one. It’s impossible.

“I’m so passionate about the language and I want to represent it to the best of my abilities, but I also want to succeed in my studies.

“A full-time Welsh language officer would create events, conduct Welsh language lessons and promote the language. I simply can’t do that fully as a student.”

Students voted in favour of a full-time officer in 2018, but The Board of Trustees deemed that increasing the number of officers was not feasible.

In the 2019 AGM, students voted against the motion.

The motion put forward by Annell wants to ensure fair representation of the Welsh language in Cardiff University.

President of the Student Union, Hannah Doe said: “A vote by students at the Union AGM in November 2018 called for the introduction of an eighth sabbatical officer.

“The Board of Trustees, following consultation with internal and external stakeholders deemed that increasing the size of the Governing Body was not feasible, but that it would be reasonable to include a Welsh language officer as part of the team of seven.”

Gweno Williams, 51 from Pontllyfni has lived her entire life through the Welsh language.

Her daughter, Alaw, is currently studying at Cardiff University, and Gweno feels that a full-time Welsh Language Officer is needed to ensure Alaw can live university life in Welsh.

She said: “I am very proud of the language, and I have brought my children up with the same principles and shown them the importance of the language.

“A full-time Welsh language officer is 100% essential. This person is going to offer students support in their native language.

“Students need someone to lead, support and encourage them to use the Welsh language in their work, from day to day and to promote the language.”

Deio Owen, who is on the Welsh Society committee will second Annell’s motion.

“I will second the motion because having a full-time officer will free students from the burden of having to organise events for Welsh language students alongside their studies.

“The Student Union was created in 1983 and there has been no significant change in that time. We need representation and respect towards the Welsh language community. Not having a full-time officer by now is a disgrace.”

Second-year student, Nansi Eccott said: “Having a full-time officer would ensure an official platform for the language in the university.

“It’s essential to the status and growth of the Welsh language in the university and in Cardiff.”

He said on Twitter: “Go and support Annell’s petition to create the role of a full-time Welsh Language Officer in Cardiff!! It’s about time that our language is taken seriously!”

The vote takes place at the CUSU Great Hall at 5.30pm this Thursday, November 25.

If you wish to sign the petition, details can be found here.