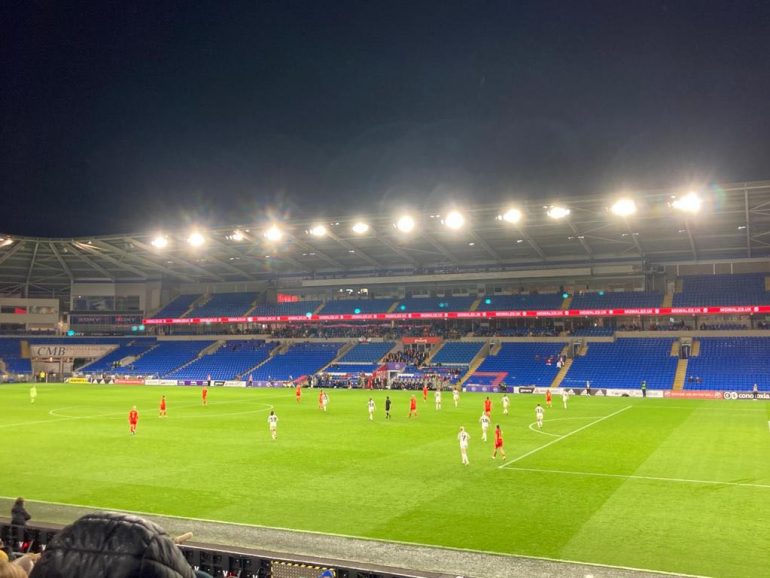 SECOND placed Wales face Greece in their fifth World Cup Qualifier on Friday looking to build on their strong start.

Gemma Grainger’s side are currently unbeaten, picking up a possible ten points from four games in Group I.

They come into the game on Friday full of optimism, after a record crowd of 5,455 at the Cardiff City Stadium saw Wales hammer Estonia 4-0 in October.

By contrast, opponents Greece travel to Llanelli on the back of a heavy 4-1 defeat at the hands of Slovenia.

Gemma Grainger’s team return to Parc y Scarlets for the first time since their convincing 6-0 win over Kazakhstan in September.

Judy, 57 and Holly Shaw, 25, the mum and daughter duo who created the Facebook group ‘Wales Women Football Supporters Group’ after the Estonia game in October, are heading to Llanelli for the game on Friday.

“We thought we should set up a forum for fellow fans to get together and support our amazing team,” said Judy, formerly of Roath Park.

“We are definitely going to the game, my daughter has managed to get the afternoon off, so we are heading down the M4 just after 12.”

“My prediction for the game is a 4-0 win, I’m the optimistic one in the family,” said Judy.

Both Judy and Holly feel passionate about raising the profile of the women’s game within Wales.

“We only became interested in women’s football after watching Team GB at the Principality Stadium in 2012,” said Judy.

“I think people can dismiss it until they watch a few games and become gripped by it. My husband no longer follows the men’s game as he much prefers the way the women play.

“As a teacher in a primary school, I often show the kids videos of women in sport, especially football (Sophie Ingle) and a few have now gone to games live and are playing in girls’ teams,” said Holly.

The Wales Women Football Supporters Group on Facebook is less than a month old and already has over 500 members. You can join here.

Tickets for the match at Parc y Scarlets on Friday are available on the Football Association of Wales website.

Wales are part of the European qualifying for the 2023 FIFA Women’s World Cup finals held in Australia and New Zealand, which has a record 51 contenders.

After Friday’s game Gemma Grainger’s side will travel to Guingamp, to face the group leaders France on Tuesday 30th November.