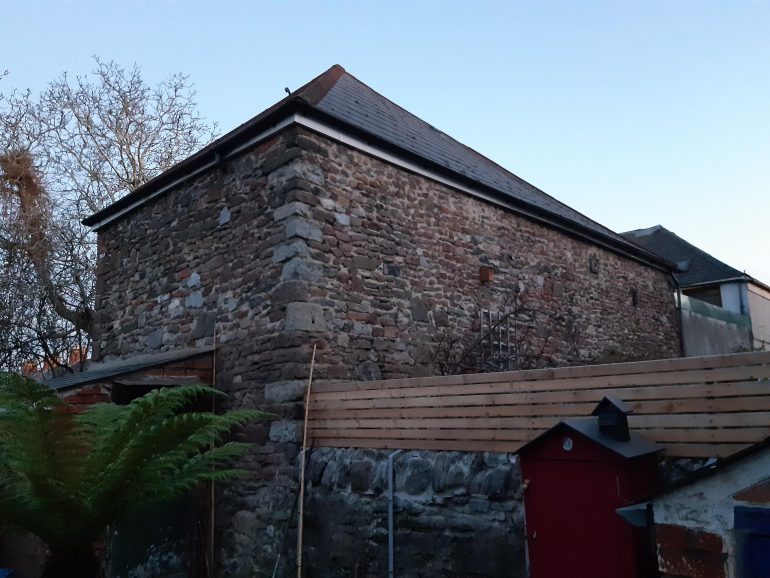 ‘Piece of Roath history’ may be saved, despite demolition fears

PLANS to demolish a beloved building in Roath, despite neighbours’ objections, which were approved by Cardiff Council, were only a “back up,” according to the owner.

The property at 1 Upper Kincraig Street, Roath, which some local people believe was once a stable block for the Mackintosh Estate. The original building on the site of the current Mackintosh Sports Club was built in 1780 and was formerly known as Roath Castle and Plasnewydd (New Mansion) – after which the council ward is named.

Today the former stables building comprises a modern commercial premises facing the road and a large old structure connected to the back.

Despite 11 objections from neighbours and Plasnewydd’s councillors, Cardiff Council granted planning permission last week to demolish this older part of the building and construct seven flats on the site.

But owner Scott Harris told the Cardiffian that he is not currently planning to continue with this option now he has found commercial tenants for the property.

He said: “We are just doing an extra flat in the roof of the main building. The flats were just a back up plan if we didn’t get commercial tenants or if the site goes vacant and we can’t re-let it in the future.”

Since Mr Harris applied for planning permission in February, shop and dining space Glory Stores and plant shop The Elephant’s Ear have moved into the commercial part of the property.

A condition of the planning permission for the flats states that work must begin within three years but Elephant’s Ear has a five year lease and shop owner Nathan Vaughan, 45, said they planned to stay in the premises for at least the five years and hopefully longer.

Mr Vaughan added: “We love being here. The community have been very welcoming and we’re enjoying being here.”

The old building is hidden from the road but forms the back wall of several gardens along the street. This was described as “an overbearing un-neighbourly impact upon the rear gardens of those properties” in the council’s planning analysis but several residents rejected this.

“We don’t think that’s a fair representation of the building as it stands,” said Hannah Davies, 29. The building forms the back wall of her garden and she and her boyfriend have hung several bird boxes on it.

Rhian and Ingo Hans moved into the street two years ago.

“We bought the property partly because of the outlook of it,” said Mr Hans, 55.

“It feels really comforting for me to see it there,” said Ms Hans, 57.

Mr Hans added: “We just love it and we’ve got a nice shed attached to it which will probably be demolished after that one.”

He said that if the plans did go ahead and the flats were built, they would consider moving.

Ms Hans said it was “brilliant” to hear that the owner was not currently planning to follow though on the approved plans.

She said: “He’s welcome to come and knock on our doors and see this property from the outside because I think half the problem is that people who are involved in it, apart from us who live around it, haven’t seen what kind of building it is.”

Ms Davies believes that the building used to be part of the stables of the Mackintosh Estate but said that it had not been possible to have it accredited by Cadw, the body responsible for listing historic buildings in Wales.

“That building was here before these houses were,” she said.

“We’ve got a piece of history in our yard,” said Mr Hans.

“It’s worth keeping for that reason, that its old and all those stones are different. It’s got loads of character,” said Ms Hans.

Mr Harris added: “Obviously, even if we did something I would prefer to use the existing buildings but the planning rules make it hard to do so. I appreciate the value of older buildings.”