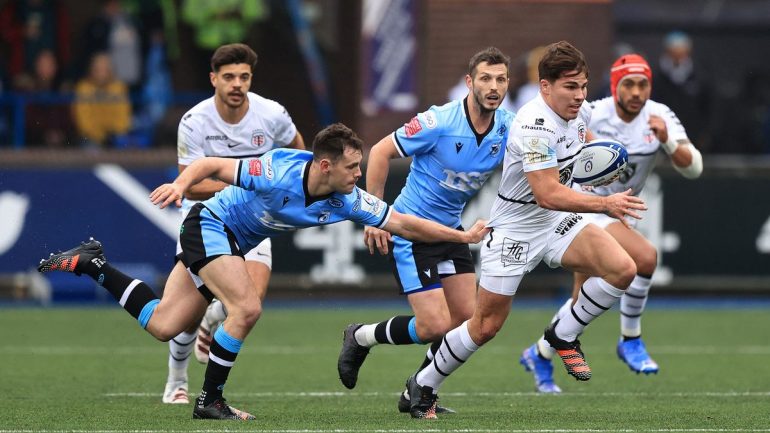 Cardiff are winless so far in this year’s competition

Cardiff Rugby will look to avenge their first leg defeat when they travel to Toulouse on Saturday for their final Champions Cup game.

The defending champions beat a severely depleted Cardiff side at the Arms Park 39-7 earlier in the tournament.

However, Cardiff will travel to the south of France with hopes of revenge as their squad returns to full strength after Covid absences.

Cardiff have been playing some good rugby recently. They led English champions Harlequins 33-19 in their last match, but eventually succumbed to a last-gasp Marcus Smith penalty to lose 36-33.

Young said: “We’re up against it and we know that.

“But we need to go there and we need to enjoy playing rugby. We won’t chuck caution to the wind, but we certainly want to play and take the game to them.

“Toulouse are another team that like to play rugby that way, so it could be another high-scoring game.”

“In terms of Welsh rugby, we need a Cardiff side performing well.”

Toulouse lost 30-22 to London Wasps in their last game but were without World Player of the Year Antoine Dupont due to an undisclosed injury.

It is unknown whether he’ll return for the Cardiff clash, but he was pictured on Toulouse’s Twitter account with the squad ahead of the game.

Meanwhile, Cardiff’s winger Owen Lane will look to continue his try scoring form. He has six tries in all competitions this year.

Cardiff are currently second bottom in Group B with no wins from three games and a point difference of -61.

The Welsh teams have struggled in this year’s tournament. Ospreys and Scarlets are also winless, sitting last in Group A and B respectively.

Cardiff vs Toulouse can be streamed on BT Sport from 1pm on Saturday.