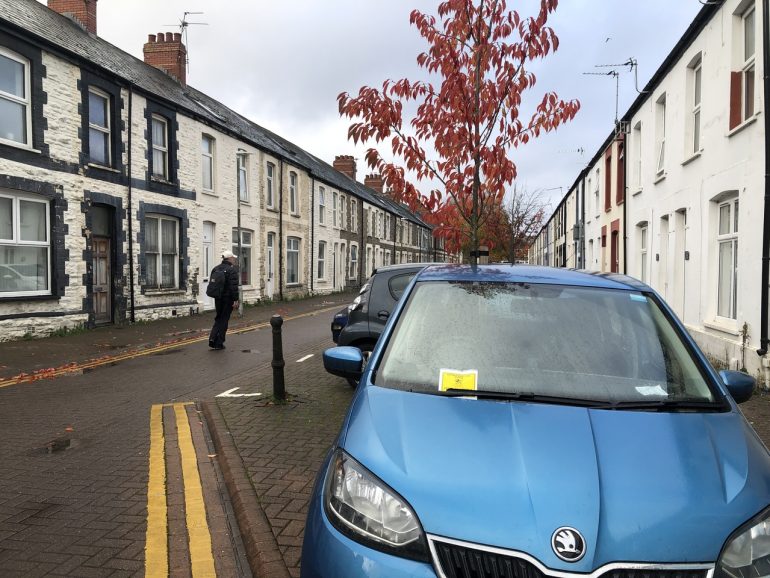 The parking system in Cathays is being overhauled by the council with the aim of giving residents more parking.

Watch this to find out what’s changing.

The council are changing the system to a zonal parking scheme similar to most other cities in the UK.

The new scheme will eliminate all unrestricted parking, meaning everyone must buy a permit to park in Cathays.

Permit holders will then be able to park on any of the streets within their zone without getting fined.

There will be some ‘two hour no return’ spaces, but permit holders can park in these anyway.

Cathays Councillor Norma Mackie said: “The council are very pleased with this new system which has been designed to improve parking for Cathays residents.

“It will do this by ensuring that cars are parked legally and that visitor permits are used properly.

“Residents of Cathays will now be able to park in Cathays.”

The changes are coming after residents complained vehemently about the current system which allows permit holders to park on their street and no others.

In this system, permit holders were fined for parking on neighbouring streets when their street was full. With the council overselling parking permits for some streets by up to 300%, this happened a lot.

In fact, Cathays suffered a 54% rise in parking fines last year despite all other wards of Cardiff receiving less than average.

Furthermore, up to 50% of Cathays’ streets were unrestricted parking, meaning anyone could park there regardless of whether they had a permit.

But the council are currently painting new white lines around these unrestricted spaces which designates them for permit holders only.

Coun Mackie says the system will be reviewed within the year to see if it has been a success.