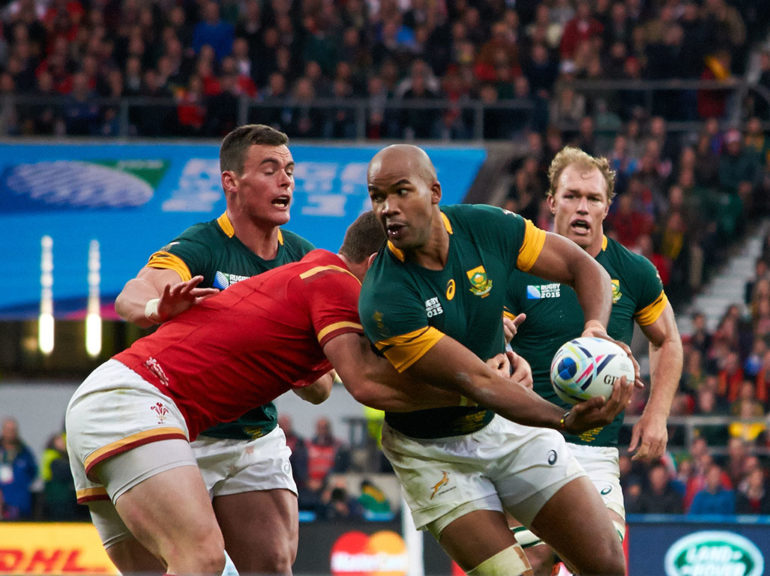 AFTER scraping past Japan by the grace of Sam Davies’ left boot, Wales head into their final match of the autumn on a two-match winning run albeit with unconvincing form.
But their next opponents, South Africa, are in even deeper trouble. They are without a win this autumn and struggling to live up to their world-beating reputation.
With both sides in dire need of a win, here is what Wales can expect from the struggling Springboks:
1. A team in disarray


Wales’s recent malaise would usually leave them as firm underdogs against a Southern Hemisphere nation. But South Africa have been so bad recently Wales should really be expecting to win.
Since the World Cup, the Springboks have played 11 official test matches, winning four and losing seven.
Most embarrassingly, they have failed to win a game this autumn. They started their series at Wembley with a draw against the Barbarians, lost heavily to England at Twickenham, before being ignominiously defeated by Italy for the first time ever last weekend.
This could be the worst South Africa team to visit Wales in a long time.
2. The Bok-lash: Beware the wounded animal
South Africa may not be the force they once were, but Wales will still have to be wary.
Not only did the Springboks win the last meeting between the two sides in the World Cup quarter-finals, but they will be desperate to make sure they don’t return home from their tour winless.
They will be fighting extra hard for this victory, particularly after that 20-18 loss to Italy.
3. Hard hits and powerful running
South Africa are renowned for having big forwards and powerful ball-carriers and that is still the case despite their poor form.
They may have lost the gigantic Eben Etzebeth to concussion, but their pack is still one of the fiercest in the game. Adriaan Strauss is still a dynamic force at hooker, and Tendai ‘the Beast’ Mtawarira can shrug off tackles with ease.
Wales will need to prepare for a very physical encounter up front.
4. Some of the world’s best try-scorers

South Africa may not have the potent attacking threat that they possessed when they won the World Cup nine years ago, but in JP Pietersen and Bryan Habana they have two prolific try scorers.
Pietersen has scored a respectable 24 test tries in 70 caps, while the electric Habana has 67 from 124 Springbok appearances, putting him second in the all-time list.
If you give these guys a sniff of the whitewash, they will cross it.
5. The weight of history
Wales have a very good chance of beating the Springboks on Saturday, but they will know that history is very much on the side of the visitors.
The two sides have met on 31 previous occasions, and Wales have only managed to win twice. First in 1999, then in 2014.
A history of wins in this fixture may just carry South Africa over the line, but this is Wales’s best chance for a long time to banish their Southern Hemisphere hoodoo.
A fascinating encounter awaits.