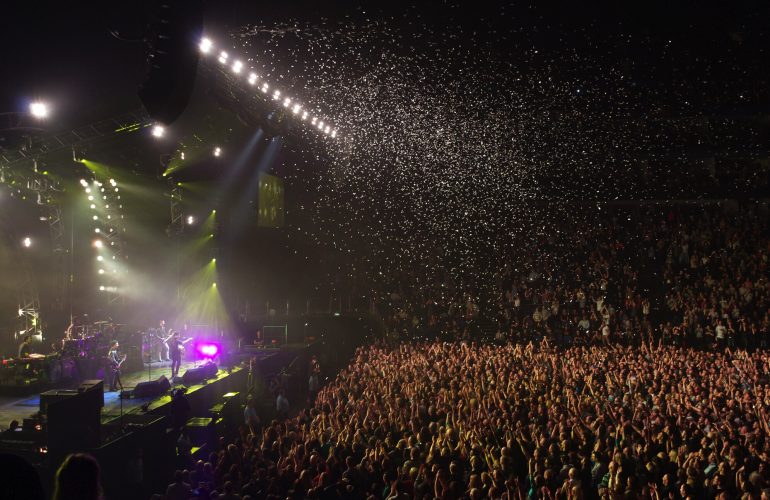 CONCERTS planned for Cardiff this month are being rescheduled as the Omicron variant causes concern.

The Principality Stadium was going to host Stereophonics, Tom Jones and Catfish and the Bottlemen on December 17 and 18, but the gig has been moved to the same dates in June.

The Welsh government’s latest advice for concert halls includes the use of face coverings, proof of Covid passes, and the prevention of crowding.

The gig’s promoters, Kilimanjaro Live, said: “Unfortunately, as the threat of new variants emerge and the restrictions in place as an “indoor venue”, the shows are impossible to run safely and ensure compliance with government guidelines and Welsh law.

“We apologise to all fans, artists, and their crew for any inconvenience caused, but we look forward to being back in June next year.”

Leon Vaughan, 26, was looking forward to attending the gig.

“I’m absolutely gutted. After another rubbish year I was looking forward to something positive.”

This was set to be Stereophonics’ first gig in Cardiff since their sold-out shows just days before Wales entered lockdown in March last year.

The Libertines were due to play at Cardiff Students’ Union on December 9 but they had to postpone until February19 because of restrictions.

They said on Twitter: “The ongoing challenges presented by Covid and quarantine restrictions are proving extremely frustrating.”

Despite these cancellations, smaller gigs do not seem to be as affected by changing Covid rules.

Dafydd Lewis, 22, will travel from Swansea to see Candelas.

They said: “I’m really looking forward to it, I haven’t seen them play for a few years.

“Obviously it’s really worrying with a lot of gigs being cancelled, but hopefully it’ll go ahead.”