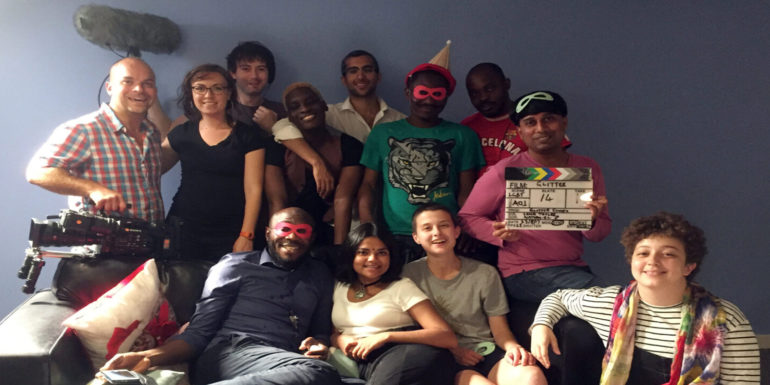 The three-year project will see 10 community groups from across Wales create short films, focusing on issues faced by the LGBT+ community.

“This is a fabulous opportunity to take stock and reflect on where we are today as LGBT+ people. Without this funding, we would not be able to run this project,” said Berwyn Rowlands, the festival’s director.

“We have been inundated by community groups asking if we could work with them, today we can confirm, with a very big yes.”

Iris’s Outreach programme, based in Canton, received £195,330 from the fund to work with a diverse range of groups, not just those within the LGBT+ community.

They will work with community groups to discuss the variety of issues still faced by LGBT+ people today and produce films in response.

Members of these groups will take part in acting workshops, whilst obtaining skills in filmmaking and scriptwriting.

This will build on their Iris in the Community project, which worked to promote equality and diversity alongside community cohesion and campaigning for change.

Every week, National Lottery players raise about £30m for good causes across the UK. Last year the fund gave out 667 grants across Wales, totalling £28.6m.

Derek Preston-Hughes, funding manager at the National Lottery Community Fund said: “We are delighted to support The Iris Prize with this project. They have already played an incredible role in addressing issues faced by the LGBT+ community over the years.

“Projects such as this are making a huge difference to people’s lives and to communities across Wales.”