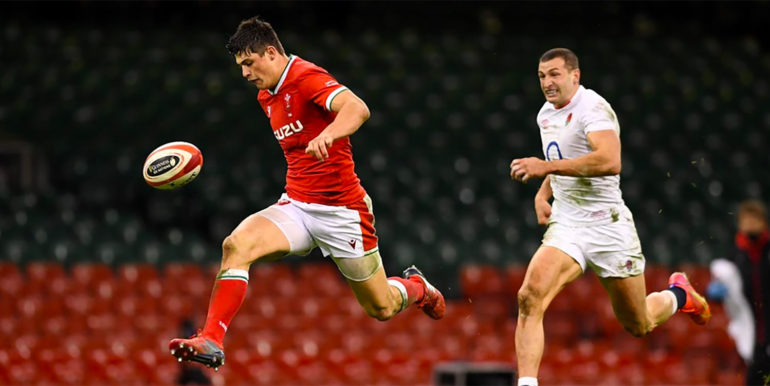 Six Nations: Can Wales keep calm and carry on?

AFTER two very close wins over their Celtic cousins, Wales delivered a masterclass performance against England and now stand a good chance of securing one of the most surprising of Grand Slams.

It seems that Wales, irrespective of who they put out on the field, are in winning ways – so how do they resist getting carried away, and remain calm and collected in Rome?

Wales have learned to win ugly so far and now face the easiest team in the tournament to beat. Italy are not pulling their weight and this is clearly shown in their track record of match losses.

Last year in Cardiff, Wales punished Italy 42-0 and the Azzurri now find themselves potentially playing six Championships in a row without a victory.

Italy, coached by former South African fly-half Franco Smith, have conceded more than 40 points in each of their games so far, against France, England and Ireland.

However, Wayne Pivac’s men cannot relax too much when they travel to Rome. The Italians, known for their passion, are a good team at home and have given other nations quite the fright in the opening few minutes.

Pivac announced the Wales team line-up two days earlier than expected, with two changes as Cory Hill is moved to the second row and Gareth Davies at scrum-half.

Hill is the only change in the group and comes in to partner captain Alun Wyn Jones in the second row. The front-row remains unchanged for the fourth successive game with Wyn Jones, Ken Owens and Tomas Francis packed together.

“We are really looking forward to this weekend and are ready to get out there on Saturday,” said Head Coach Wayne Pivac.

“Three from three is a great start but there has been plenty to do and plenty of work ons. We’ve had a two-week build-up to this game, trained really well in the fallow week and are looking forward to round four.”

It is the most experienced starting side in Wales history with 979 caps, and Ball winning his 50th cap if he comes off the bench.

After the contest with England, former Wales captain Sam Warburton predicted this year’s Championship belongs to Wales – a staggering turn of events, after their poor form before the tournament.

However, Les Bleus are on the horizon, ready to stand in their way. If they pull off a win against England on Saturday, they will set up a mouth-watering Grand Slam finale in Paris.