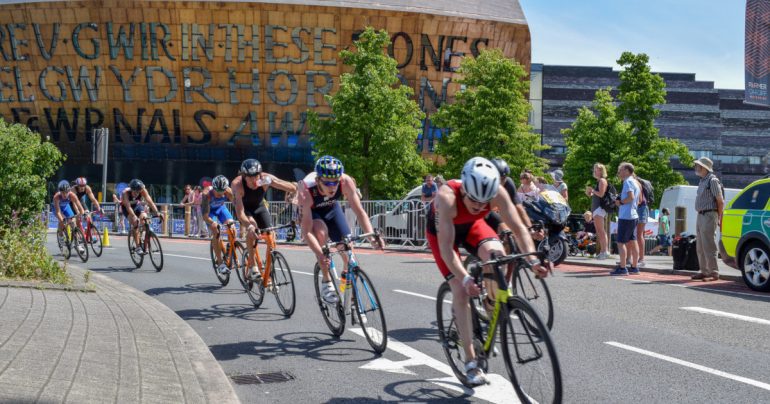 Cardiff Triathlon returns for the first time since 2019

The event was positioned on Roald Dahl Plass, in front of the Wales Millennium Centre.

CARDIFF Bay hosted the Cardiff Triathlon, duathlon and the Try a Tri Swims, after two years of deferrals due to the coronavirus pandemic.

The sold-out event was open to all abilities, with those taking part able to choose the distance they covered. From the ‘Super-Sprint’ course, which involved a 400m swim, 9.3km cycle and 2.5km run right up to the gruelling ‘Legend’ event, which saw competitors swim 1,900m, cycle 88km and run 21.8km, there was something for everyone.

Other notable winners of the day included Alice Watson who won the woman’s Olympic distance in a time of 2 hours 22 minutes and 47 seconds as well as Matthew Grantham who won the men’s race in 1 hour 54 minutes and 52 seconds.

An event village was set up in Cardiff Bay for the weekend event, which also saw with music, shopping, food vendors and chill out zones all on offer to keep spectators entertained.

Registration for next year’s event has already began and organisers recommend booking your ticket now as they are expecting another sold out weekend.