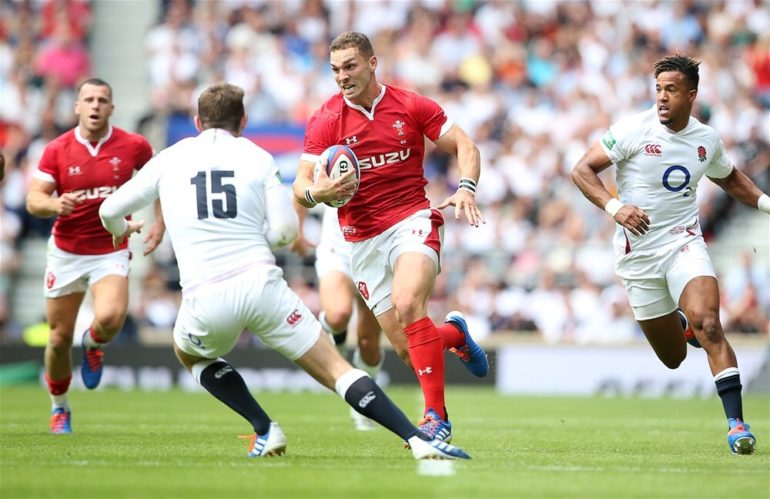 Can Wales keep up momentum in Triple Crown showdown against England?

With a Grand Slam and national pride at stake, Pivac’s men look to make it three wins on the bounce

WALES’ chance to take home the Triple Crown is on the line this weekend, as they face old foes England in their final home game of the Six Nations.

A surprising turn of events has seen Wayne Pivac’s men head into this decisive match second in the table, with two wins from two.

Defending champions England on the other hand, are still reeling from their embarrassing defeat to Scotland in the opening match.

After two humiliating defeats to England in last year’s Six Nations and Autumn Nations Cup, Wales need to redeem themselves and earn a decisive victory at the Principality Stadium.

They will be hoping to recreate their success from previous years.

“Having dropped the first game, that makes them even more dangerous because the pressure comes on in this particular match. From our point of view, they’re the team to beat,” said Wales’ head coach Wayne Pivac.

As France v Scotland has been postponed after a coronavirus outbreak, this match could prove to be make or break for Wales’ title chances.

The Welsh side that take to the pitch this Saturday, February 27, will already be one for the record books.

Wales’ starting XV have 902 caps between them, the most experienced squad in Welsh history.

All eyes will be on George North, who will become the youngest player in the world to reach his 100th cap for his country.

On North’s record breaking achievement, Pivac said: “Saturday is a great milestone for George, it is a huge achievement at his age, and we are looking forward to seeing him in action.”

“He’s still highly motivated and wants to play for Wales well past 100 games. I’m sure he’s going to do that with the attitude he’s showing at the moment and the form he’ll bring to the 13 jersey,” he added.

North, who has scored 42 tries in his international career, will be partnered at outside centre by Jonathan Davies, on his return after an ankle injury.

Adams will be teaming up with Man of the Match last time out against Scotland, Louis Rees-Zammit, from Penarth.

Speaking about Rees-Zammit’s performances so far, Pivac said: “The changes we’ve seen in Louis since we first selected him during last year’s Six Nations have been phenomenal.

“He’s worked hard at his game and he’s forced his way into this team. We hope we’ll see many more performances like we’ve seen in the first few weeks.”

One significant absence from the side is full-back Leigh Halfpenny, after suffering a concussion at Murrayfield. As a result, Liam Williams moves to full-back as his replacement.

There is an unchanged front-five with Wyn Jones, Ken Owens and Tomas Francis on the front row and Adam Beard and captain Alyn Wyn Jones partnering up on the second-row.

Wales v England kicks off at 4.45pm GMT on Saturday, February 27 on BBC and S4C