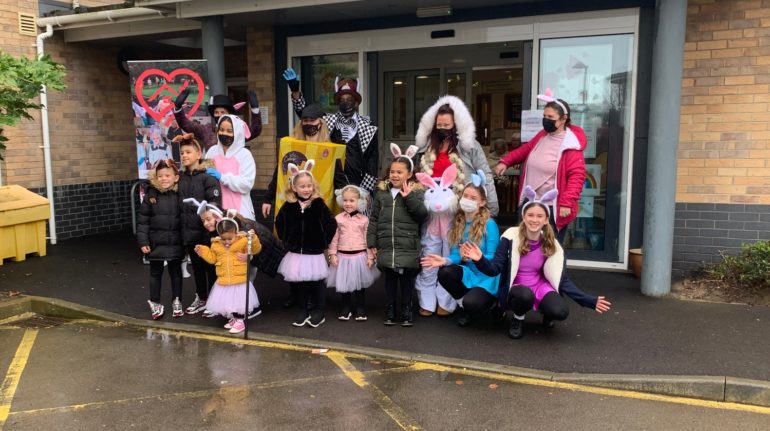 The organisation performed for 16 homes and donated 3,320 Easter eggs

A SOUTH Wales organisation has been combatting loneliness in 16 Cardiff-based care homes with outdoor Easter performances and donations of thousands of chocolate eggs.

“If I heard the words ‘thank you’ once, I heard them a thousand times, but I was saying the same to the residents because that’s what keeps you going,” said Chris Bridgeman, chairman of the Christmas for Care Homes committee.

Throughout the pandemic the number of elderly people reporting significant loneliness has increased steadily.

“It’s just a shame really, I think it only took off because there’s nothing out there for the elderly in care homes, but the pandemic has kind of open people’s eyes,” added Mr Bridgeman.

A team of 15 volunteers performed outside 16 homes over two days on March 27 and 28 as part of a substantial Easter egg appeal, launched by Mr Bridgman and the Christmas for Care Homes committee.

What is Christmas for Care Homes?

The volunteers come from a horde of 1,400 group members who collected over 3,320 Easter eggs for residential homes, hospices, refuges and charities across South Wales.

The Cardiff-based group was formed on Facebook in November 2020 by Mr Bridgeman and his daughter, as a way to support the elderly over the Christmas period.

“These people in these care homes have given enough for us and I think we should be giving more back than they’re receiving right now but it’s taken a pandemic for us to realise that,” said Mr Bridgeman.

The success of the original appeal motivated the group to continue their efforts into the new year.

Mr Bridgeman chairs the committee along with the support of several committee members who organise the group’s fundraising activities.