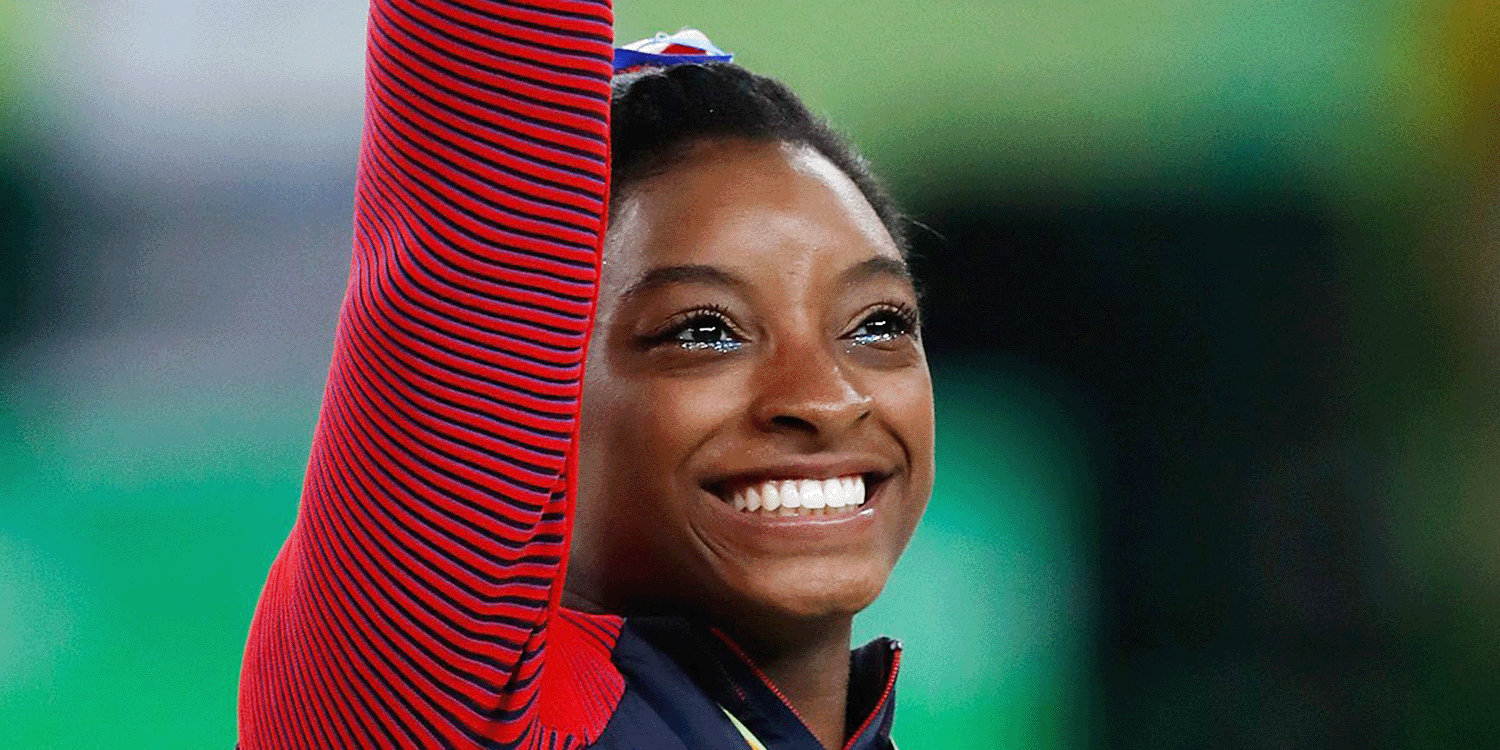 From gymnastics to boxing, these are the neurodivergent sportswomen speaking up and showing the world everyone can be a champion

Neurodivergent is defined as being related to a type of brain or cognitive function that is often considered as different from what is usual, referring to conditions like autism, ADHD and OCD. A substantial sector of the United Kingdom’s population fall into the category of neurodivergent, and the largest number of those who go undiagnosed are women.

Like anything personal, those with neurodivergent conditions have the choice as to how they define their neurodiversity with who they are, so feeling forced to disclose any of this is a breach of privacy. Due to the amount of stigma surrounding mental health and learning disabilities, many neurodivergent athletes reveal their conditions either because they are forced to do so or in order to spread awareness.

Neurodivergent athletes like the ones featured below are important role models to women all over the world. They prove you can be successful despite the extra barriers you may face for not functioning in a ‘typical’ way.

One of the most well-known advocates for understanding neurodivergent conditions is Olympic gold medal winner Simone Biles. The team USA gymnastic champion has ADHD and is a strong voice on the importance of mental health and wellbeing.

Biles was, however, a victim of online hackers. Releasing her medical reports, the hackers revealed her use of the stimulant Ritalin to treat her ADHD. According to information obtained by ADDitude magazine, the hackers’ motives were to accuse Biles of cheating through using medication that gave her an advantage in the 2016 Rio Olympic games.

The invasion of the gymnast’s privacy opened up a larger conversation about ADHD and neurodivergent conditions, as medical expert Dr Jennifer Ashton confirmed that Biles’ medication would not give her an edge over the other competing athletes.

“There is no shame in the ADHD game. If you had high blood pressure, you would treat it,” said Dr Ashton in ADDitude. Dr Ashton explained how she hoped this would open up acceptance of ADHD as a medical condition. “The more we talk about ADHD as just a medical condition, the less stigma it has to have.”

How does Ritalin work?

2.5% of the UK adult population has ADHD, which means that almost 1.5 million people have a difference in brain development and brain activity, affecting their self control and behaviour. Ritalin is a stimulant used to treat ADHD, as the medication works by helping the brain’s neurotransmitters to restore connections like focus, movement and impulse control to a neurotypical level. There is no ‘high’ for an ADHD brain, in fact it reduces the elevated brain chemistry to the performance of someone without the condition.

Biles took to Twitter shortly after the incident stating, “I believe in clean sport, have always followed the rules, and will continue to do so as fair play is critical to sport and is very important to me.” She made her feelings clear that “Having ADHD, and taking medicine for it is nothing to be ashamed of [and] nothing that I’m afraid to let people know.”

The 32-time Olympic and World Championship medal winner has not had an advantage in her success but instead proves the importance of putting your mental health and wellbeing ahead of any other pressure or intimidation from outside sources.

The 7-time Paralympic medal winner and British swimmer, Jessica-Jane Applegate, was diagnosed with autism spectrum disorder at the age of 4. Jessica dealt with communication problems, obsessive behaviour and various other traits associated with her condition, including difficulty with her memory.

The swimmer revealed in her international paralympic committee biography, that swimming allowed her a feeling of peace, happiness and normalcy, making it somewhere the athlete could escape to throughout her life.

However, being on the autistic spectrum comes with a lot of stigma and the exhausting task of constantly explaining your condition to others. On her biography page, Applegate states, “I’m constantly explaining myself to people. Many times, people think I am racing people who are more severely disabled than I am. It is very hard to explain how even having a normal conversation can be very hard at times.”

Jessica’s mother, Dawn Applegate, explained in the athlete’s bio that her daughter had always had lots of development problems as a result of her neurodivergent condition, and required learning support at school. She clarified the extra struggles Jessica had to overcome because a lot of her learning difficulties ‘are not visible.’ She explained, “People assumed she was normal [neurotypical].”

Jessica Applegate is a massive advocate for the sports community to be inclusive across the board and she visited parliament to speak out on matters of neurodiversity and learning disabilities. She raised matters on the Commonwealth Games including men within the S14 disability being allowed to compete, whilst S14 women are not.

Her message to all neurodiverse women, she said in Spautism is, “Nothing is easy, but if you really want something, don’t give up, and do not let others tell you that you can’t do it.”

Amateur boxer Virginia ‘Ginny’ Fuchs made her Olympic debut at the 2020 Tokyo games, as captain of the USA boxing team. Whilst she lost in the second round of the competition, Fuchs was an audience favourite and a big ambassador for spreading awareness around her condition of OCD.

Although Fuchs has shared the difficulties she faced with Obsessive Compulsive Disorder, from her battle with anorexia and compulsive handwashing at school, she has also spoken out about how her condition helped her with boxing.

The 33-year-old athlete explained in an interview with USA Today, “Part of my OCD has gotten me to this moment, to this point. And pushed me to become the athlete and boxer I am today.

Ginny Fuchs is outspoken on therapy and different techniques for helping with anxiety, such as exposure therapy and recognising the importance of understanding her OCD and mental health, beyond competing.

Not only has she shared her support for other neurodivergent athletes, like Simone Biles, for putting their mental health first, but Fuchs also encourages women to expand their horizons in boxing. As a male-dominated sport, Fuchs is taking boxing to the next level. She competes in an attempt to inspire women everywhere that they can compete in whatever they put their mind to.