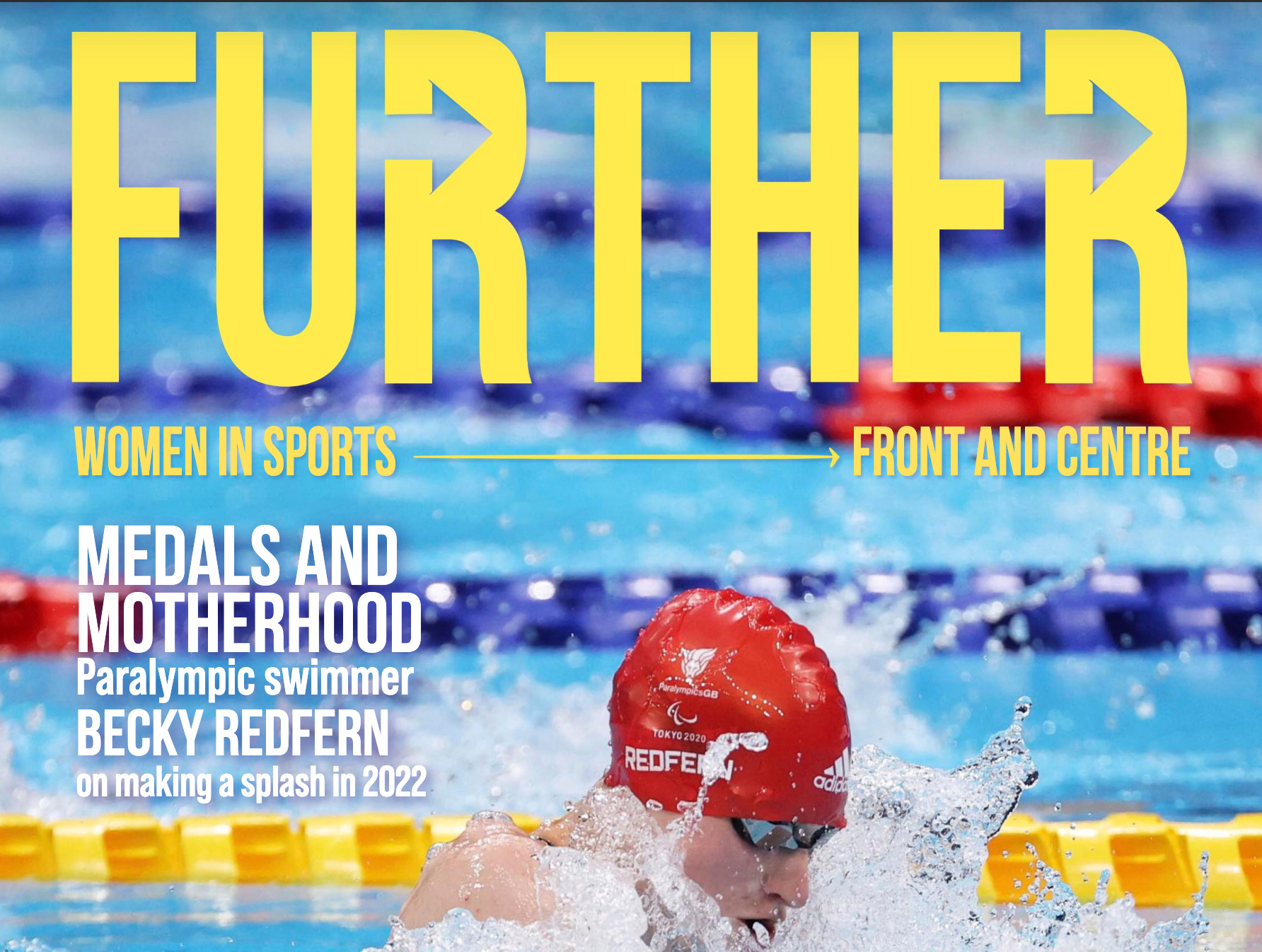 This issue of Further celebrates International Women’s Day with interviews from Rebecca Redfern, Lydia Greenway and Nikki Lloyd, plus more

In the second issue of Further magazine, our cover star, Rebecca Redfern, two-time Paralympic silver medallist and mother, talks about how she balances competitions with childcare (p.6-7).

You can read our second issue here.

On page 10, our opinion columnist Megan Gaen asks ‘Where were the sportswomen when I needed them?’ and says she’s thankful for the rising representation of female sports today.

This issue dives into the mental health of female athletes and how it affects their performance and much more on pages 20-22.

New Zealand is the one to beat, says former England cricketer Lydia Greenway about the Women’s Cricket World Cup on page 24. She explains her battle to professionalism and her career now as a coach.

Writer Emma Blackmore sits down with U21 Team GB canoe polo captain, Katie Farley, about being a woman in an aggressive, male-dominated sport on page 28.

We also recognise the significant moments in women’s sports in the last century to mark Women’s History Month in the USA on pages 26-27.

On our What’s On page, you can discover upcoming women’s sports events this March.

We hope you will join us in the celebration of women’s successes in sport and raise awareness of the ongoing issues they face.