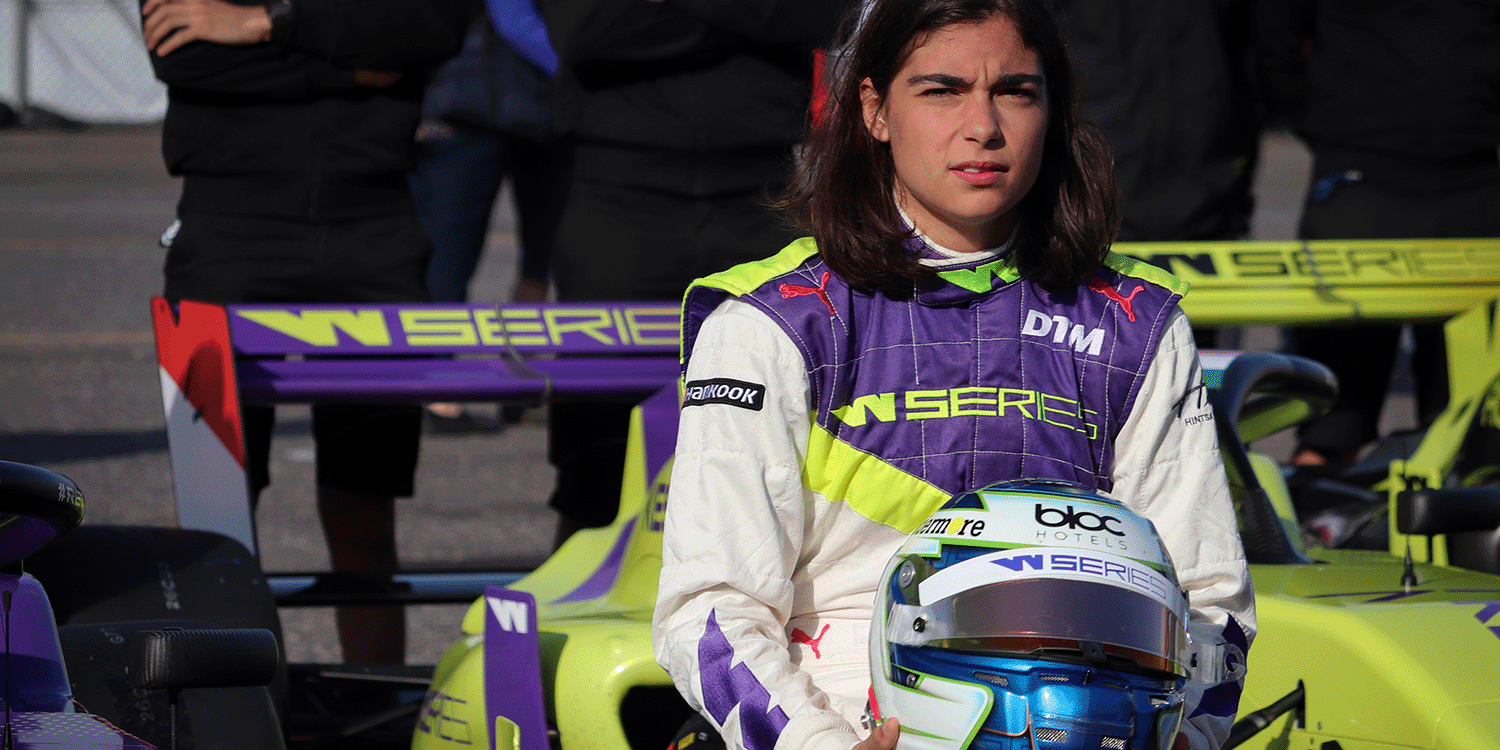 Jamie Chadwick returns to W Series, but why hasn’t she moved to Formula 3?

Despite winning £736,000 in prize money, the two-time champion has missed out on F3, proving that money is not the real hurdle here

Jamie Chadwick is a force to be reckoned with. She has entered 14 races, found herself in the top three 12 times, and has two titles to her name. The 24-year-old describes winning the inaugural season of W Series as the highlight of her career. Outside of W Series, the Brit became the first woman to win a British Racing Drivers Club (BRDC) Formula 3 race.

Four years ago, she was also the first woman to clinch the Asia-based MRF Challenge title. The list of accolades Chadwick has to her name is far from short. She deserves a shot at FIA Formula 3, and while it won’t be long before that day comes, why not now?

In a February interview with Motor Sport, when her future in the women-only sector was uncertain, Chadwick said she wanted to step away from W Series and race in the Formula 3 Championship. Unfortunately, that has not been the case.

W Series was set up to provide women with the opportunity to showcase their talent as the other Formula series are dominated by men. It was meant to be a stepping stone towards F3, F2, and finally, F1—the pinnacle of motorsport racing. F3 and F2 were designed to be feeder series, where the champions would get promoted to the next level, eventually finding their way to F1. W Series is meant to serve the same purpose.

While it is great for the sport that Jamie Chadwick is returning, given her immense talent there should be no need for her to defend her title. Other feeder series do not allow champions to come back, so why does W Series allow it? This is a reflection of the harsh reality that the competition is not doing enough to bridge the gap between W Series and F3. If the series is looking to promote gender equality, the system needs to be rejigged to clearly establish a way up for women.

There is a common misconception that W Series is ‘F1 for women’. The series’ apparent failure to promote its drivers puts it at risk of becoming defined by gender rather than talent. Chadwick, who has been racing since she was 11, has over a decade worth of experience under her belt. Furthermore, she is also the development driver for the Williams Racing F1 team.

The announcement of Jamie Chadwick’s return to W Series has received mixed reactions online. A quick scroll through Twitter will show you that there are thousands of people who are rooting for Chadwick to move to F3.

On the other hand, a few believe that simply because she is a double W Series champion, it does not make her “categorically good enough” to enter F3. However, the only way the world will be able to determine whether she is “good enough” is if she were given the opportunity to race against F3 drivers.

Chadwick will be racing with Jenner Racing in 2022, a new team owned by retired Olympian Caitlyn Jenner. One argument posed in favour of Chadwick is that between Jenner Racing, the Williams F1 team, and the prize money she has earned, it should be enough to secure an F3 drive for her.

The car racing series NTT IndyCar provides a scholarship-funded path called Road to Indy that helps drivers reach the top of the American series. Formula 1 needs a similar ladder which needs to be clearly defined.

If W Series wants to provide women with the same opportunities that are offered to their male counterparts, Jamie Chadwick’s return is an indication that it is failing to do so. There is work yet to be done, and the chequered flag has not been waved yet.

Watch: Four minutes of intense battle between Jamie Chadwick and Alice Powell back in 2020